Avcılar City Council and its components in Istanbul made a human chain demonstration and a press release, protesting the Canal Istanbul project 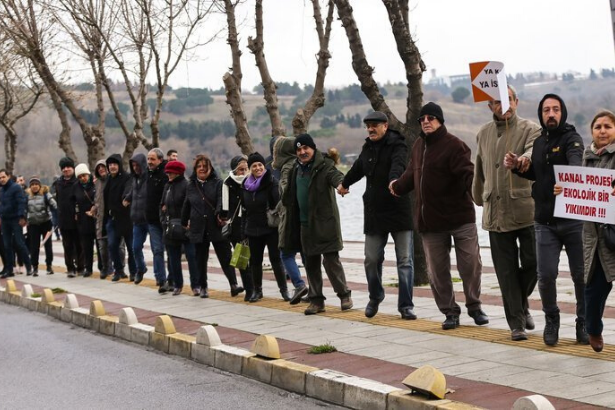 Against the Canal Istanbul project, an action was organized by the "Either Canal or Istanbul Coordination" in Istanbul's Küçükçekmece and Avcılar districts. A human chain was formed on Sunday to protest the "crazy project" of the AKP government.

During the protest, on behalf of Avcılar City Council and its components, the chairman of the council read a press release.

Geophysical Engineer, Savaş Karabulut, who was expelled by the ruling AKP from his position as a faculty member at Istanbul University Geophysical Engineering Department, made a speech, saying that the EIA report prepared for the project in Istanbul is not scientific and this project will lead to environmental destruction.