As Turkish government's Afrin operation continues with the support of Free Syrian Army groups in Syria, it is time to remember the massacres of this group that also cooperated with the Islamic State as the Turkish and Western media describe FSA as 'moderate rebels' 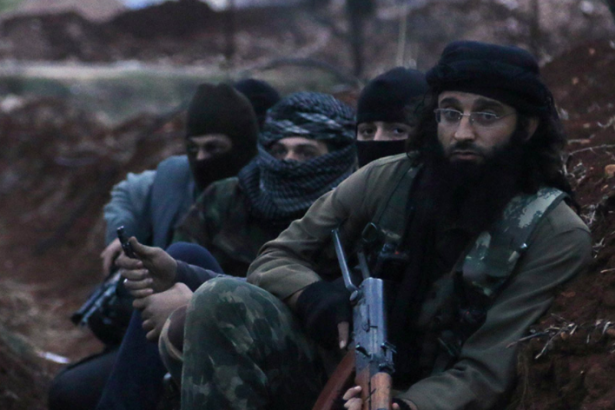 As Turkey’s Justice and Development Party (AKP) government continues to cooperate with the Free Syrian Army (FSA) militant groups in Afrin operation, it is necessary to recall that this terrorist organization has carried out many bloody inhumane attacks and murders in Syria.

The Western and Turkish media outlets portray the FSA as "freedom fighters" who aim at toppling down the "tyrant Syrian regime".

However, the FSA's war crimes and massacres show that the jihadist organization is no different than the Islamic State (IS).

The FSA was founded in July 2011 by Colonel Riad al-Asaad who defected from the Syrian Air Force with the intention of overthrowing the government of Bashar al-Assad. Because of poor discipline and intra-organizational problems in 2012 and 2013, the FSA weakened and al-Qaeda-affiliated jihadist groups became more influential in the field.

It is noteworthy that all the FSA groups have been funded and trained by the U.S., European countries, Turkey, Saudi Arabia and the Gulf countries from the very beginning of the imperialist-led proxy war in Syria. Moreover, Israel provided the FSA and Nusra Front groups with logistic and "humanitarian aid".

The FSA militants that entered the Syrian territory via Turkey sieged Aleppo in 2013, while the other group sieged Damascus via Jordan.

Some military generals from the Syrian army defected and took shelter in Turkey. Some many other Syrian generals and intelligence officers left the army for the FSA. According to Turkish sources, the number of FSA militants who left the Syrian army is around 60 thousand. CNN reported in June 2012 that the total number of FSA militants was over 40 thousand.

The FSA, the IS and al-Nusra fought together during the siege of Menagh base in Aleppo in 2013. Furthermore, the IS and FSA cooperated in the massacre in Latakia in 2014.

However, it should be noted that the FSA groups have weakened today since they could not take military and logistic support from Turkey and Jordan.

The Syriac Military Council claimed in September 2014 that an FSA commander and his militants joined the IS in August 2014. Following the Russian air forces’ influence in Syria after September 2015, it was argued that 27 active FSA groups with 35 thousands of militants remained. The Pentagon put forth in 2013 that radical Islamist groups composed fifty percent of the FSA.

Columnist Dan Glazebrook wrote in Guardian in October 2015 that the portrayal of FSA groups "as moderate forces" was just a fantasy because the FSA militants arbitrarily murdered civilians, police forces and troops and plundered residences and schools.

Qatar-based Egyptian Islamic theologian and one of the ideologues of the Muslim Brothers, Yusuf al-Qaradawi called on the U.S. to make more arm support to the "Syrian" opposition in 2011, adding that they would not fight against Israel. He said that all the pro-Syrian government civilians, soldiers and scholars must be killed.

The FSA leader Akidi said, "We have very good relations with brothers from the IS," after the IS and other jihadists sieged the Menagh air base in northern Aleppo. Salim İdris, the former military chief of FSA, told that they had cooperation with the al-Qaeda’s Syria branch Nusra Front.

The FSA groups slit throats of Alawi police officers in June 2011 in the Syrian city of Jisr al-Shughur, 30 kilometres away from the Turkish border. This is regarded as the first massacre of the "moderates" in Syria. This group murdered a Syrian soldier in 2015 in Jisr al-Shughur because he identified himself as Alawi.

Abu Saqqar, the commander of Muslim Brotherhood-linked FSA group Farouk Brigade, emboweled a Syrian soldier and bit his heart, saying, "We will eat your hearts and your livers you soldiers of Bashar the dog."