Hagia Sophia was a wild-card for Erdogan: Kemal Okuyan 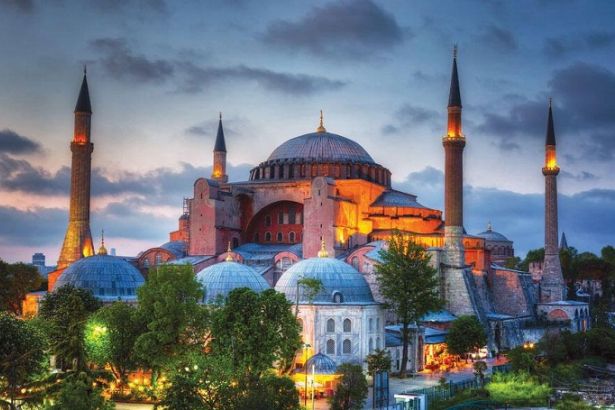 Hagia Sophia was a wild-card for Erdogan

It is clear that the ruling AKP, together with its supporter MHP is losing ground as long as social support is concerned. Although the main opposition party CHP does not seem to benefit out of this, the broad alliance formed against Erdogan has taken the upper hand in nearly all poles. This informal alliance covers nationalist elements as well as some Islamists, liberals, Pro-Kurdish party and social democrats and some former AKP leaders like Abdullah Gul, Ahmet Davutoğlu and Ali Babacan. All political forces except communists are either supporting Erdogan or this alliance that has no program in itself.

The dispute on Hagia Sophia is an old story in Turkish politics which has a strong symbolic place on the struggle between the Ottomanist tradition and the Republicans. In other words, the decision taken in 1936 to turn Hagia Sophia to a museum was always seen as a big challenge against the conservative-reactionary forces. Till then those forces practised a continuous campaign to cancel this decision and open way for that magnificent part of the human heritage function as a mosque.

This was a wild-card for Erdogan, to be used in the most relevant time and for several reasons the time has come!

1. The economy is in terrible shape and there is no more source. Unemployment, low wages and high inflation rate is accumulating anger among the working classes. The ruling class has always played on Islamist or nationalist sentiments during economic crisis.

2. The opposition bloc which has no principle covers both Islamists and the secular tendencies. By this move, Erdogan managed to paralyze the opposition. In order the avoid any problem CHP and liberals did not criticize or even supported the decision but in the society, there is a strong protest which in the political platform only represented by the TKP.

3. Of course, the opening Hagia Sophia to Muslim prayers is a strong blow to the remnants of the Turkish Republic. A few weeks ago, some journalists who were criticizing the late Ottoman Sultans were under attack and there are now many trials on people who stand against Ottoman Empire. There is strong evidence that this process might end with an attempt to declare a caliphate when 2023 comes (the centenary of the foundation of the Turkish Republic).

4. A related issue is the ambition of Turkish capitalist class to take a new initiative in the ongoing rivalry within the wide region. Turkish ruling class is using Erdogan’s new-Ottomanist approach as an instrument as the complexity is deepening in the Eastern Mediterranean. The regrouping in the Islam World created an axis of Egypt, United Arab Emirates and S. Arabia against Turkey which is flirting with Pakistan, Malaysia and Tunisia etc. The decision on Hagia Sophia is, of course, related to the present conflict in Libya as the Hagia Sophia is a key element for all fundamentalist forces.

5. Of course, the decision is also a new tactical move against Greek ruling classes, Russia and leading countries in EU. Erdogan is trying to increase his bargaining power which has declined a lot because of the economic fragileness of the Turkish economy.

To finalize, one should be aware of the trap that this move might increase nationalistic and religious hatred among the people. This is what the ruling party will benefit from. The decision, in essence, is not a move against Christianity. It is a fundamentalist move against the secular traditions in Turkey which is now only defended by the organized sectors of the working class in Turkey but has deep and wide roots in Turkish society. An international campaign based on religious or cultural differences or calling imperialist NATO and EU to sanction Turkey will only help Erdogan and his friends. 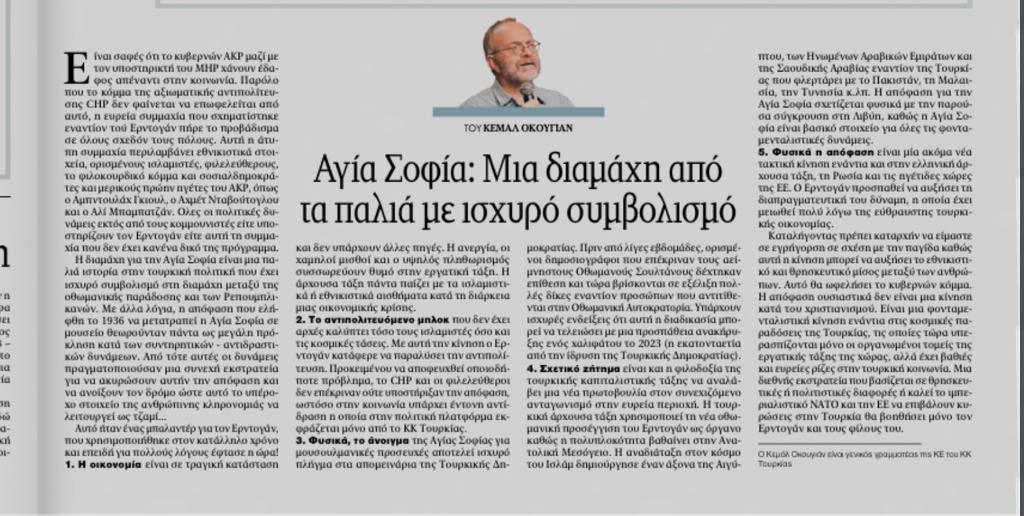