Hagia Sophia must be preserved as museum: Turkey’s Science-Enlightenment Academy

Turkey’s Academy of Science and Enlightenment (BAA) has released a comprehensive report on Hagia Sophia Museum, announcing that the giant monument must be preserved as a museum amidst the debates over the demand of turning it into a mosque 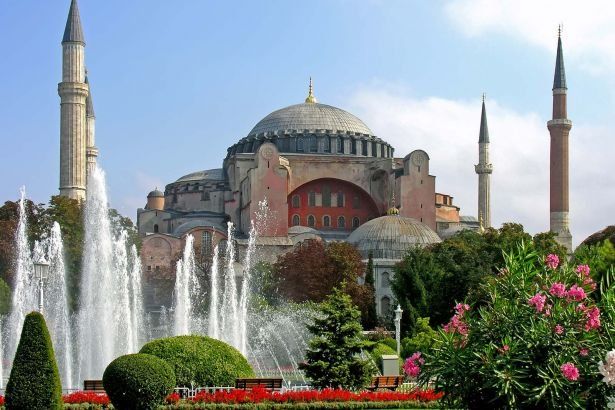 One of the most spectacular buildings in İstanbul, Hagia Sophia Museum has been at the center of a battle as some Islamist movements demand the conversion of the museum into a mosque again like in the Ottoman times while many scientists and citizens advocate for preserving the monument as a museum.

Founded with the initiative of the Communist Party of Turkey (TKP), the Academy of Science and Enlightenment has prepared a comprehensive report on Hagia Sophia, including historical and technical information regarding the 1500-year-old spectacular monument. The Academy has also pointed out the political debates over the status of Hagia Sophia.

Having been built in the 6th century (532-537) as a Greek Orthodox patriarchal cathedral in İstanbul, Hagia Sophia was turned into a mosque in 1453 when the city was conquered by the Ottoman Empire under Mehmed the Conqueror. The building was turned into a museum in 1934 in the Republican era under Mustafa Kemal Atatürk, the founder of the Republic of Turkey.

As Hagia Sophia means “holy wisdom”, it is particularly famous for its massive dome, and it was the world’s largest building at the time when it was built. As the Academy report indicates, the method of the domed basilica was used in the construction of the giant site as one of the greatest examples of early Christian religious architecture.

As the report points out, Hagia Sophia Museum has several very original Christian mosaics. These mosaics were covered during the Ottoman era when the church was turned into a mosque considering that Islam prohibits praying in the presence of human figures and frescoes. Islamic minarets, tombs, a library, and a fountain were also built within the Hagia Sophia complex during the Ottoman times.

The report underlines that the conservation of Hagia Sophia as the oldest standing structure of İstanbul became possible thanks to its conversion into a museum in 1934 during the Republican era. “Hagia Sophia is among the primary common religious, cultural, artistic and political symbols of İstanbul/Turkey, Middle East, Eastern Mediterranean, and Europe,” the report says.

“Hagia Sophia is a specific example without any predecessor and successor in the evolution of the 1000-year Eastern Roman/Byzantine architecture,” the Academy report states, with reference to the unique characteristics of the site.

As Hagia Sophia, a UNESCO World Heritage site, was turned into a museum under the secular principles of Atatürk, Turkey’s Islamists have frequently carried out campaigns since then in order to turn the historic building into a mosque again. On March 31, 2018, Turkish President Erdoğan recited verses from the Quran for the first time in Hagia Sophia, strengthening the Islamic sentiments of his political base.

“Hagia Sophia has a significant socio-politic place for right-wing politics,” the report puts forth, adding that the historic site has been used as an instrument by reactionary and chauvinist historians in favor of Islamic culture of conquest and jihad. According to the report, some Islamist authors argue that the conversion of Hagia Sophia into a museum “pleased Christian people while upsetting Muslim people”.

“Mainly the debates of a mosque, all the political and provocative discourses on Hagia Sophia must come to an end immediately; Hagia Sophia must be preserved as a museum along with universal practices of conservation and restoration regarding cultural assets,” the Academy report concludes.