After Turkey issued a new NAVTEX announcing that its exploration drilling vessel Yavuz will continue its drilling activities for energy resources off the island of Cyprus, the Greek Cypriot Administration of Southern Cyprus released a counter-NAVTEX, declaring Ankara’s decision ‘‘null and void’’. 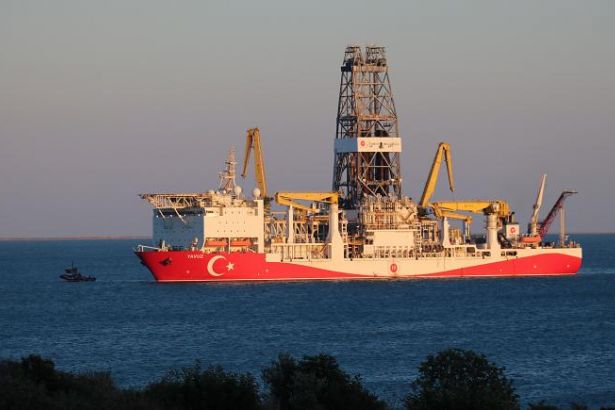 Turkey on Sunday issued a new NAVTEX, an announcement or warning of imminent maritime activity or exploration, for the drilling activities of its research vessel from August 18 to September 15, warning that ‘‘it is strongly advised not to enter the field of work.’’

The drillship will operate along with the Ertugrul Bey, Osman Bey, and Orhan Bey vessels in the Eastern Mediterranean, southwest of Cyprus, according to new NAVTEX announced by Ankara.

Upon the Turkish government’s new NAVTEX for its exploration drilling vessel, the Yavuz, the Greek Cypriot administration of Southern Cyprus issued a counter-NAVTEX, saying that Ankara’s new NAVTEX is unauthorized and invalid, and the Yavuz and any drilling activities of its accompanying vessels in the region are illegal.

Turkey had issued a NAVTEX last week and deployed a drilling ship, Oruç Reis, under the protection of a large navy in the Eastern Mediterranean between August 10 and August 23.

Following the Turkish government’s decision for the international maritime alert, Athens had declared a counter-NAVTEX, urging the European Union an emergency meeting amid growing tensions with Turkey over drilling activities in the region.

As tensions in the Eastern Mediterranean between Greece and Turkey flare up, the European Union (EU) criticized the new NAVTEX issued by the Turkish government for natural gas exploration activities in the region.

Warning that sending another drilling vessel to Cyprus to intensify oil exploration undermines efforts for dialogue to ease tensions in the region, Josep Borrell, the High Representative of the EU for Foreign Affairs and Security Policy, said on Sunday, ‘‘Today’s announcement by Turkey of further exploration activities by the vessel Yavuz in a maritime area delineated by Cyprus and Egypt unfortunately further fuels tensions and insecurity in the eastern Mediterranean.’’

‘‘This action runs counter and undermines efforts to resume dialogue and negotiations, and to pursue immediate de-escalation, which is the only path towards stability and lasting solutions, as reiterated by EU Foreign Ministers last Friday,’’ Borrell said on renewed drilling activities by Turkey in the Eastern Mediterranean.

Calling on the Turkish authorities to end these activities immediately, the High Representative/Vice-President Josep Borrell stated that Ankara should engage fully and in good faith in a broad dialogue with the EU.

On Friday, EU member states had discussed Turkey’s drilling activities in the Eastern Mediterranean and called on Ankara to ease the tensions immediately by restarting the dialogue to resolve the disputes over the region.

Meanwhile, Turkish President Recep Tayyip Erdoğan made statements on Saturday amid rising tension in the Eastern Mediterranean over maritime pact signed between Greece, Egypt, and French supporting for the Greek Cypriot administration.

Noting that Turkey will not hesitate to respond to the slightest harassment of its energy exploration ship in the region, Turkish President Recep Tayyip Erdoğan said, ‘‘Oruç Reis seismic survey ship will continue energy exploration until August 23. Those who forced Turkey out of its Eastern Mediterranean energy resources 100 years ago will not be able to stop our country to reclaim its rights.’’

‘‘We will never bow to banditry on our continental shelf. We will not back down against the language of sanctions and threats,’’ Erdoğan stated at an opening ceremony in the northeastern province of Rize on Saturday.

Turkish President Recep Tayyip Erdoğan had called the maritime deal signed between Greece and Egypt ‘‘worthless’’ last week and said Turkey would resume its aggressive oil and gas exploration in the region.

The Spokesperson of the Turkish Ministry of Foreign Affairs, Hami Aksoy, also said in response to a question regarding the rising tensions in the Eastern Mediterranean on August 16.

‘‘No matter what, Turkey will resolutely continue to protect both her and Turkish Cypriots’ rights in the Eastern Mediterranean stemming from international law. No alliance of malice will manage to prevent this. Those who think otherwise have not taken their lessons from history,’’ Aksoy underlined.

In November 2019, Ankara signed a deal with Libya’s U.N.-recognized Government of National Accord (GNA) based in Tripoli to create a so-called exclusive economic zone (EEZ) from the Turkish southern coast to Libya’s north-east coast, while Egypt and Greece condemned the agreement, declaring it as illegal.

After Greece and Egypt signed a maritime deal early August that sets the maritime boundary between the two countries to demarcate an exclusive economic zone for oil and gas drilling rights, Turkey’s Ministry of Foreign Affairs had made a statement on the Greek-Egyptian maritime delimitation agreement, announcing that it is null and void for Turkey.

Turkish government claimed that this deal was a response to a maritime agreement signed between Ankara and the GNA, headed by the Prime-Minister Fayez al-Sarraj, last November.