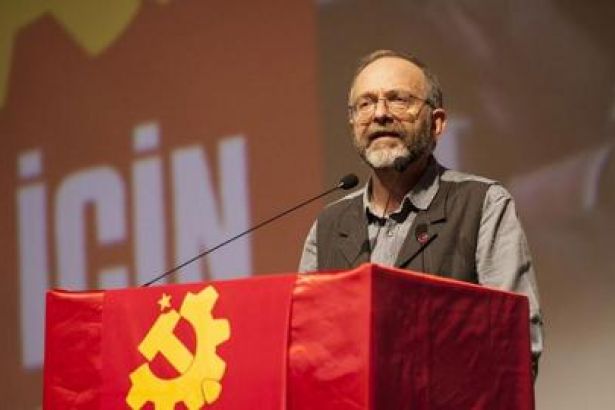 In an interview with the daily newspaper of the Communist Party of Greece (KKE), Rizospastis, Communist Party of Turkey (TKP) General Secretary Kemal Okuyan commented on the Covid-19 pandemic, its effects on working-class and TKP's initiatives to protect the health and rights of the workers. Okuyan noted that they have built solidarity networks organized by the district organizations of TKP.

What is the evolution of the Covid-19 pandemic in Turkey? How does the TKP judge the measures of the Erdogan government and the positions of other bourgeois parties?

All the data indicates that the pandemic in Turkey has started before the time it was officially declared in March. There are many reasons to believe that the cases that were diagnosed as seasonal flu and some of the deaths in February were related to Covid-19. Therefore, the reliability of what is said today about the course of the disease is controversial. Tests have started too late, even today, there are examples of people with severe symptoms who are not tested. This is why the total case numbers are unreliable, not only in Turkey but everywhere. Unfortunately, the most near-objective data is the number of people who lost their lives. There, too, the AKP government includes only those who tested positive for the Covid-19 in statistics. However, the government had had important advantages regarding the pandemic. Because Turkey had a younger population, the fatality of the virus would be lower, and as the old were mostly isolated from social life, due to economic and cultural reasons, they would be under less risk. And the country was in a relatively better condition in terms of ICUs, ventilators and available drugs. However, the distance of reactionary ideologies from science and the anti-popular reflexes had a growing impact on the burden of the pandemic. The pandemic will likely begin to lose its effect worldwide. It is obvious the governments will abuse this as their own success stories. Yet everywhere, the two main characteristics of the rule of the capital were unearthed: First, their crisis management skills have completely disappeared and they cannot protect human life. Second, they divided the population into two as those who have the right to protect themselves from the virus, that is, those who can stay at home and those who do not have this right, those who have to work. There is nothing AKP and other bourgeois parties can do about these issues. This is capitalism.

What are the conditions in the public health system (financing, staffing, equipment, Intensive Care Units, etc.)? How does the private sector work?

The last 20 years of the health system in Turkey can be summarized as the expansion of the private health sector by using public resources. In terms of the number of beds and medical equipment, the country is comparable to other countries. However, the preventive, primary health care system has been completely destroyed. The pandemic has once again demonstrated this clearly. In addition, in the first weeks of the pandemic, health workers could not access the basic and the most essential necessities, masks and personal protective equipments. This is why many healthcare workers got infected. There is still a shortage of masks in the country. The private sector has its hands on it, as long as they get their money from public resources, and of course, they are serving as institutions to which only the privileged classes can apply. The crowds in public hospitals are immense, especially those in Istanbul, since the government did not pay attention to the demand of nationalizing all private hospitals, which TKP expressed in the beginning of the pandemic.

How is the capitalist crisis manifested, what anti-popular measures does the government promote and how does the attack of the capital evolve?

Before the pandemic, capitalism in Turkey was in a severe crisis and that crisis was deepening. It is clear that the crisis has now reached a historical dimension following the pandemic. Turkey's economy is facing a serious problem in terms of supplies. The reflection of this on the people will be a new wave of unemployment and an increased cost of living. The rights of the working class, some of which were pruned before, are now completely taken away from their hands. The government took steps that fully freed the capitalist class against the working people, no matter if they were called temporary measures. Unpaid leave was enhanced, the right to strike was virtually eliminated. Millions of workers are continuing to work under extremely unhealthy conditions. In the upcoming period, the inequalities will grow, Turkey's economy will shrink, there will be an intense monopolization, the social base of the capital will narrow and the negotiating power of the working class will decline. On the other hand, the reactions of workers, their will for struggle and pursuit for alternatives beyond the borders of existing social order will grow stronger. And we can clearly observe the proofs of this. Under such conditions in which our political activity is limited, we are seeing the highest rate of organization so far in the history of TKP.

Can you refer to the TKP's initiatives to protect the health and rights of the workers?

At the beginning of the pandemic, we have raised the demand that "all workers in the non-vital sectors should be on paid administrative leave". In this way, both resources would be allocated and conditions would be improved for the protection of workers in the healthcare and food sectors. However, the bosses, who wanted to lay the burden of the crisis over the shoulders of working people and even create new opportunities out of it, prevented the government from taking a widespread quarantine measure. Yet, if a widespread quarantine of 15-20 days was implemented in mid-March, the pandemic would have been overcome by now. The health and future of the working class, especially of healthcare, cargo, retail workers and couriers, are under serious threat. TKP has a multi-dimensional strategy against this:

1. TKP strongly expresses that the social order must change and it is imperative.

2. PE Network is following and disclosing the problems in terms of workers’ health and rights in all workplaces, publishing them and defending the workers with legal and practical interventions.

3. We have built solidarity networks within districts organized by the district organizations of the Party. These networks are providing resources such as masks, etc. and at the same time they are launching solidarity funds for those who are laid off.

The Greek version of the interview is available at: