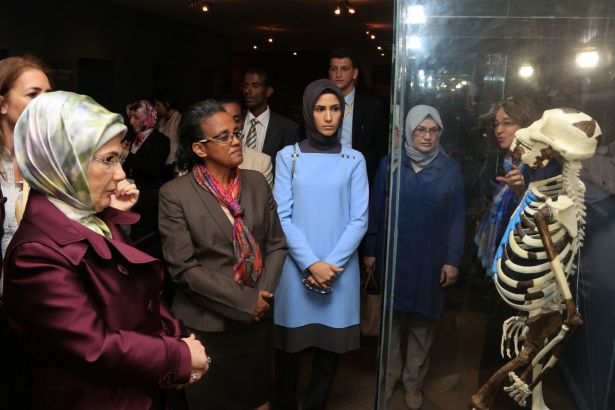 İsmet Yılmaz, the Minister of National Education in Turkey on Friday announced the new curriculum draft for school. After the draft is finalized, textbooks will be published based on the new draft to be used starting from 2017-2018 academic year.

-The failed coup attempt will be included in Social Studies courses starting from the 6th grade.

- The overall academic difficulty is reduced.

- Evolution Theory is excluded from Biology courses. The related unit named “The Origins of Life and the Evolution” is replaced with “Living Beings and Environment”.

The reactionary transformation experienced in the last 14 years in Turkey brings about significant results. 31.2 percent of Turkish students under 15 years old underperformed in mathematics, sciences and reading, according to the PISA test. Turkey scored 420 points on the math test and ranked 49th out of 72 countries. Turkey was also 52nd in science and 50th in reading. According to Turkish Education Association (TED)’s "2016 Education Evaluation Report", the average verbal skill score of university graduates in Turkey is lower than the average score of high school dropouts in Japan.

-The overall weight of religions other than Islam will be increased in the Religion courses. Turkey's ruling Justice and Development Party, or AKP try to reduce the reaction to compulsory religious education.

- Information about Mustafa Kemal Atatürk, the founder of the Republic of Turkey, is being reduced in the first grade.

On January 5, pro-AKP teachers’ union Eğitim-Bir-Sen has suggested that courses related to Atatürk should be removed from school curriculums. The union’s statement came after the Education Ministry announced that it had concluded efforts at renovating the schedule.

A FURTHER STEP TOWARDS AN UNSCIENTIFIC, OBSCURANTIST EDUCATION

The debates around whether to exclude Evolution Theory and include Intelligent Design model has been escalating recently. Responding to a question on the exclusion of Evolution Theory from the curriculum, the Minister of National Education, İsmet Yılmaz said that the draft is open for feedbacks, and the Evolution Theory is not an exception. Yılmaz claimed that “whether it is scientific, merely a hypothesis, or just theoretical, all these are debatable.”

The AKP government had long been attempting to transform the education system and curriculum in line with Islamic principles and credo. In 2012, the weight of Religion courses had been increased from 2 to 6 hours a week. In 2013, the government had made a regulation, which let the Intelligent Design model to be included in the curriculum besides the Evolution Theory.