"Good" is abused while people are hungry for goodness 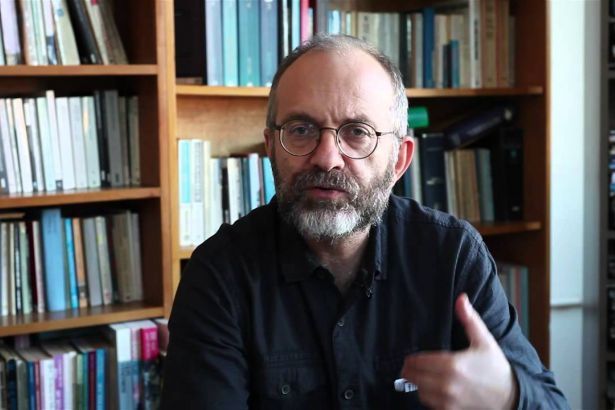 The course of events was already clear when they established a party called “good”. Capitalism cannot generate new hope, cannot show a way out to the people not only in Turkey but also in the entire world. The imperialist world was more meticulous when the Soviet Union was still standing and the hope of humanity for equality and justice had concrete grounds. They were trying to develop thoughts and projects to lure the people because they felt the breath of a different social system at their necks.

The dissolution of the Soviet Union has made capitalism lazy and impudent along with the inevitable decay. Now there is nothing at hand. The liberal and social democrat ideologies are in deep crisis, conservatism has expanded the influence of racism while deteriorating the influence of itself. “The rise of the far-right” is on the agenda of the whole of Europe. However, the rise of the far-right also does not create any hope or enthusiasm but gains delicate positions by calling to people’s most primitive instincts. Even the barbarism of Hitler was more attractive for the millions of people than the populist racism of today. Masses followed the NAZİs with bad intentions, but with beliefs and in pursuit of “salvation”. Nowadays nobody believes in anything!

Islamism has joined the ideologies which lost ground in Turkey. Islamism increases its effect on all the actors in the political arena except the communists as the glorious period of Islam is ending and there is no contradiction in this. This is the determination of the capital, they cannot stand Islamism to be defeated and leave the political area. The over boomed Islamism have exploded, however, it had spread its darkness to everywhere while exploding. Almost everywhere!

The image of the political actors and the practice of capitalism in the current period as a social system in which the capital exploits the workers is “horrible”. “Ugly”, “bad”, “ignorant” “vulgar”… We may continue the names. However, why are these people chosen, why do people go after the bad, ugly, ignorant and awful?

Some part of the fault is on the people, maybe the most part. However, the real issue is that the system needs that. All the history of capitalism is full of examples when the system required awful, ugly, bad, ignorant politicians.

However, after a certain point, the system which already is in decay loses its credibility in the hands of awful, ugly, bad, ignorant politicians and also loses its internal “balance”.

There is nothing new to use, they do not have any choice!

It is the proof of the crisis that has been going on that a party with MHP [fascist party of Turkey] roots have chosen the name “Good” for itself. Ekrem Imamoğlu (newly elected mayor of Istanbul) has based his election strategy totally on the concept of “Good”.  There are no bigots, pro-market parties, or pro-NATO or EU parties which he opposed to; there is only “bad”, “terrible” and that they are the “good” guys.

Let alone the people, even the politicians divide the society as good vs. bad, instead of right vs. left or capitalist vs. worker or progressive vs. conservative or collaborator vs. patriot.

For instance, Mehmet Cengiz who openly swears at people is bad when Ali Koç who “does” it without saying this is good.

When we say, “No good can come out from the real owners or advocates of a system that only generates vice for the mankind, goodness is not that relative” it has a limited effect for now. We heard from the ones who quoted, the philosophy of the party, which will be declared to the public, soon is also limited with “goodness”.

Quoting from the journalist, “Ali Babacan and his companions who spoke about creating district organizations for the new party mentioned that they are not interested if the new recruits of the party are liberal, right-wing, left-wing, Turkish, Kurdish, Alevite or Sunni and have only two conditions: First they should be good at their jobs (competence) and secondly they should be good people (democrats with respect to human rights and state of law).”

This is the exploitation of a community, which is hungry for goodness.

Tomorrow the bourgeoisie establishment may create a Nice Party or Honest Party… After consuming all the concepts and value at hand, the people may say swear at all and raise the concepts of freedom, equality, justice, revolution which will bring along the concepts of good, beautiful and all other virtues and the establishment which have harbored in the concept of “good” as the last shelter is overthrown.

This will be good and beautiful.