Germany seeks to block immigration of imams from Turkey 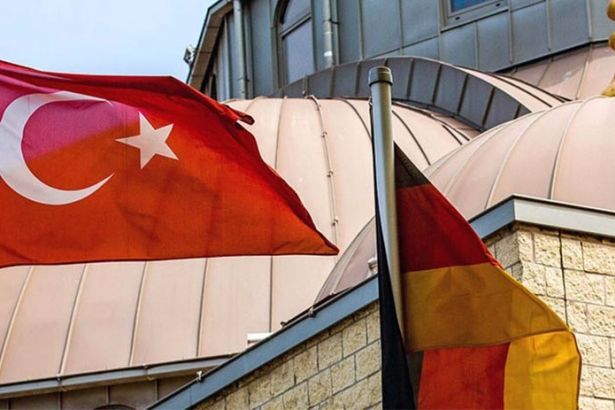 Germany is now planning to educate their own imams in German institutions rather than accepting imams educated abroad.

Markus Kerber, the deputy Ministry of Interior of Germany who is responsible for relations with the Muslim community, states that the government does not want Turkey's Diyanet (Directorate of Religious Affairs) to send imams to Germany. He confirms that the officials' talks between Germany and Diyanet continue.

According to Seda Serdar from Deutsche Welle, 90 percent of imams serving in almost 2,500 mosques all over Germany have come from abroad, whose majority is constituted with ones coming from Turkey.

Kerber adds that it is not their intention to German-ify Islam but Germany is concerned about Muslims' understanding of Islam in Germany.

Germany's Ministry of Interior had previously stated that the government would make speaking of German mandatory for the imams coming from abroad. Germany's Ministry of Defence also demands Islamic clergy in the ministry to speak German and be educated in a German institution.

In Germany, Münster, Tübingen, Osnabrück, Frankfurt/Giessen and Erlangen-Nürnberg already have theology departments and institutes. Humboldt University of Berlin will also introduce a theology institute this year.

THE TURKISH-ISLAMIC UNION FOR RELIGIOUS AFFAIRS (DITIB) UNDER THE SPOTLIGHT

The Turkish Islamic Union for Religious Affairs (DITIB, Diyanet İşleri Türk-İslam Birliği, in Turkish) is at the heart and background of this recent discussion on imams. DITIB has become the major Islamic umbrella organization with its 900 mosques and more than thousand imams. The majority of imams within DITIB come from Turkey and are funded by the Turkish government.

DITIB is one of the largest Islamic organizations in Germany. Founded in 1984 as a branch of the Presidency of Religious Affairs in Ankara, it is an "arm" of the Turkish state.

Following the failed coup attempt of 15 July, there were rumours that certain imams in Germany were involved with espionage. Also, particular imams organised events in favour of Afrin operation with the participation of the Muslim Brotherhood. Such controversies received a wide media coverage and were responded with political reactions.

The parliamentarian Christoph de Vries, who is also a member of the Christian Democratic Union in government, highlights that the matter is not only about a religious community but about a foreign state.

Although Germany seems to be dedicated to limit the political influence of foreign governments regarding mosques, the question of educating imams in Germany and regulating foreign financing of imams is difficult.

Filiz Polat, Green Party lawmaker, states that DITIB, which makes use of imams educated in Turkey and financed by the Turkish state, has to now find a solution to fund imams. Polat adds that Muslims with Turkey origins could finance their imams; however, it is questionable whether they would prefer that theology education would be provided by Germany independently from Turkey.

Abdurrahman Atasoy, General Secretary of DITIB, told DW that they were giving efforts to educate imams in Germany and enable them to be employed since more than a thousand imams could not be easily financed in a short period of time. Atasoy adds that it takes time to institutionalise necessary mechanisms but they are trying to find the best system for German standards.