Riam Dalati, a BBC Syria producer, says the footage showing some people being treated after an alleged chemical attack in the Syrian city of Douma was staged 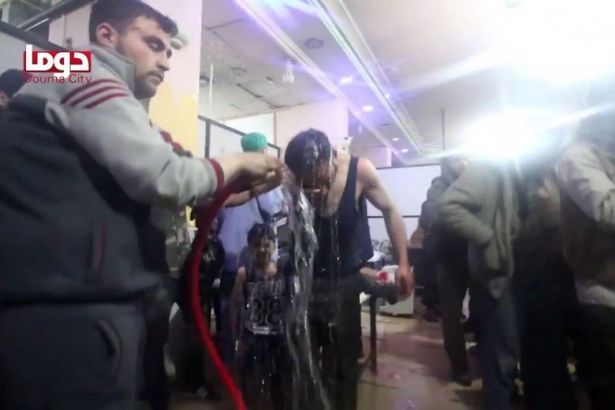 “After almost 6 months of investigations, I can prove without a doubt that the Douma Hospital scene was staged. No fatalities occurred in the hospital,” BBC producer Riam Dalati wrote on Twitter on Wednesday, regarding the alleged chemical assault on April 7, 2018, in Syria’s Douma.

The al-Qaeda-linked White Helmets group had published a video as the “evidence” of the “chemical assault” in Douma, showing doctors treating children and local residents who had been allegedly exposed to the attack.

“The ATTACK DID HAPPEN, Sarin wasn't used, but we'll have to wait for @OPCW to prove Chlorine or otherwise. However, everything else around the attack was manufactured for maximum effect,” the BBC reporter added.

Some Western imperialist governments had previously accused the Syrian administration of having organized chemical attacks in Douma in April 2018 and Eastern Ghouta in August 2013, threatening the Syrian government with airstrikes in return, while Damascus has always denied any involvement in such incidents.

The Russian Foreign Ministry had said at the time that the White Helmets had made this claim to “protect the terrorists and justify a possible foreign intervention” in Syria. The Russian Defense Ministry had also added that the chemical attack in Douma had been a provocation staged with the direct involvement of the UK.

Having used the purported chemical incident in Douma as a justification for airstrikes following the White Helmets’ infamous footage, Washington and its allies had launched a massive retaliatory missile strike against Syria without waiting for the Organisation for the Prohibition of Chemical Weapons (OPCW) to start its investigation into the incident.

The OPCW had announced in July 2018 that no traces of nerve agents had been found in the environmental samples or samples collected from the alleged casualties of April's purported "chemical weapons attack" in Douma.