Funeral delayed to wait for Erdoğan in earthquake-hit Elazığ: Sources

The funeral of a citizen killed by the major earthquake in Elazığ was reportedly delayed to wait for Erdoğan, according to the sources. 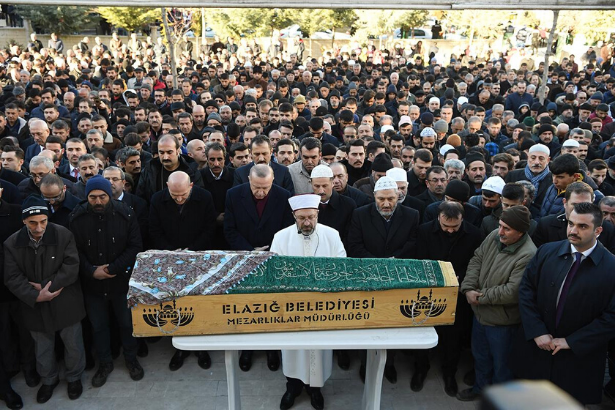 It was claimed that the funeral prayer of a citizen who was killed in the earthquake in Elazığ was delayed so that President Erdoğan of AKP could attend.

It was previously revealed by a reporter that the rescue of one other individual who was stuck under debris was delayed by AFAD, Turkish official search and rescue institution, so that the president could be present in the scene in order to take some photos for PR.

The claim was brought forward in a TV show named “Kulis Ankara” by Ağdağ, Vice President of SP, conventional Islamist party in Turkey.

Akdağ claimed that one funeral host told him that they waited all night for the funeral to be delivered. Accordingly, one governmental official arrived and said that the president was going to attend the funerals and he demanded the burial to be before the president in the evening prayer.

On the 26th of January, it was reported that AFAD severely lacked to work in coordination with other civil defense subjects in the area and only focused on showing off for giving pictures like a PR business. The most stunning example of it was reported as the President’s arrival at the site as he "ordered" the rescue of one citizen under the wreckage who, in fact, was being delayed for one hour in the spot in advance of the appearance of the president. In the sequel, the photos taken at the moment were served to the media as Erdoğan was the holy savior of the victim. Right after the report, the Governor’s Office of Elazığ announced that they filed a criminal complaint against the reporter.