José Martí Cuba-Turkey Friendship Association has launched a solidarity campaign against the US blockade and in support of the Henry Reeve Medical Brigades. 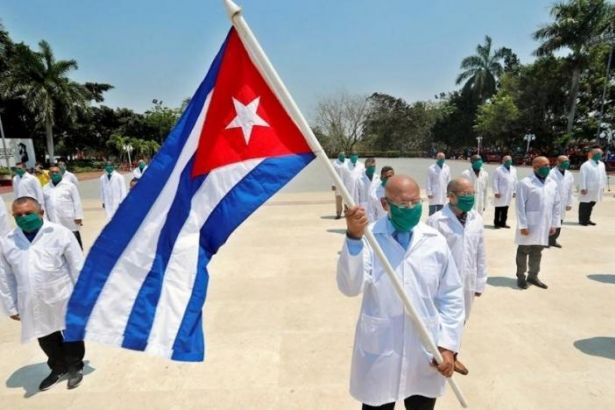 José Martí Cuba-Turkey Friendship Association launched a campaign on the 67th Anniversary of the uprising of Fidel and his comrades at the Moncada Barracks on the 26th of July 1953. The campaign titled as "The blockade applied to Cuba is an affront to humanity, it must be ceased immediately!" is aiming to publicize the solidarity with Cuba against the blockade, as well as supporting the Cuban medical brigades Henry Reeve as the candidate of Nobel Prize for Peace.

The campaign is launched with a group of first signatories, including renowned intellectuals, artists, academicians and politicians. José Martí Cuba-Turkey Friendship Association declared that the campaign will continue until September, hoping to reach thousands of signatures that will then be submitted to Cuban authorities.

The full- text of the campaign is as follows:

The blockade applied to Cuba is an affront to humanity, it must be ceased immediately!

The Republic of Cuba has been resisting the longest blockade in the history of humanity for the last 60 years. The unilateral blockade applied by the United States government is a hostile policy that also targets Cuban trade with third countries, whose objective is to condemn people to hunger so that they abandon the socialist system which is supported by the overwhelming majority of the Cuban people.

Cubans do not refrain from their rights to live the way they wish. Meanwhile, even under such great pressure, they are teaching the world what solidarity means. Despite its limited resources, during the coronavirus pandemic, Cuba has sent health professionals to dozens of countries and has been at the forefront of the struggle against the virus.

While Cuba has been making these efforts, the US has increased its pressure. The US is exerting strength to prevent Cuba from acquiring the oil necessary to produce electricity, medicines and health equipment necessary to treat some diseases and also materials necessary for agricultural production.

The global situation and the US blockade, has brought the Cuban economy into a difficult situation. However, the Cuban people who have done everything they can for all peoples of the world, have proven many times that they do not deserve this hostility.

We condemn the US blockade. The blockade must be ceased immediately and the US must withdraw from Guantanamo, which has been under invasion for the last 60 years.

In these days when we clearly observe the universal need for the values of Cuban socialism, what should be done is to award the Nobel Peace Prize, which has been given to people who have served for war more than for peace on previous occasions, to the Henry Reeve Brigade on this occasion, that has been providing voluntary health service all around the world, after all sorts of disasters, since its foundation in 2005.