Maurice Cukierman, General Secretary of the French Revolutionary Communist Party, has succumbed to cancer. Communist Party of Turkey (TKP) released a statement expressing its condolences to Cukierman’s family and comrades. 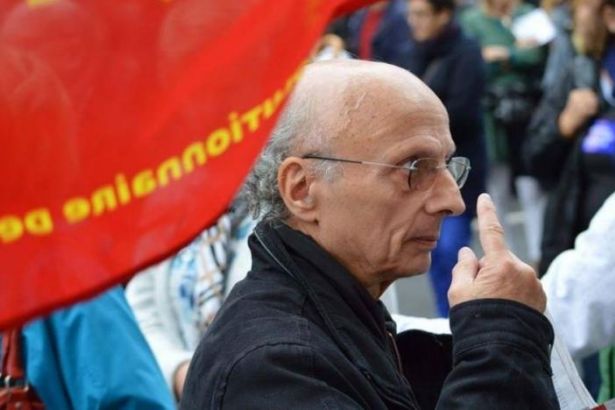 The precious member of the Communist movement of France, Maurice Cukierman, has succumbed to cancer he had been fighting for years before.

Born in 1949, Maurice Cukierman was a stubborn communist and also an art historian. He became a member of the Communist Youth in 1963 and the French Communist Party (PCF) in 1968. He contributed to solidarity activities with the peoples of Vietnam and Portugal. In 1976, he opposed the PCF's decision to give up its goal of the dictatorship of the proletariat and to adopt a hostile stance against the Soviet Union. In 1982, he signed the letter written by the opposition within the PCF to the Central Committee. Until 1991, he assumed responsibility in the PCF's fight against the apartheid regime and strengthened his solidarity with the people of South Africa with a book he wrote on the subject.

He wrote for the newspaper Intervention Communiste newspaper, which opponents within the PCF started publishing in 1994. He left PCF in 1999 and took part in the establishment of the "Communist Coordination for the Establishment of a Revolutionary Communist Party". He was the general secretary of the French Revolutionary Communist Party (PCRF), which he founded in 2016. He became a candidate for this party in the Hauts-de-Seine region in the 2017 elections.

In his statement released yesterday, the PCRF Central Committee expressed its condolences to comrade Maurice’s family and underlined that they would continue the struggle in the light of his revolutionary legacy.

Communist Party of Turkey also released a statement, conveying its condolences to Cukierman’s family and comrades. The statement is as follows:

We are deeply sorry about the loss of our dearest comrade Maurice Cukierman, a militant communist, a bright author and political leader, dedicated to the struggle for all his life. We will always remember him with his sincerity and amicable attitude. For us, our close cooperation under the roof of the European Communist Initiative has been of great value.

We convey our heartfelt condolences to his family and comrades, to the Revolutionary Communist Party of France for this sorrowful loss.