It is recently revealed by a video footage that hundreds of Free Syrian Army militants were trained in the police academy in Sivas, Turkey 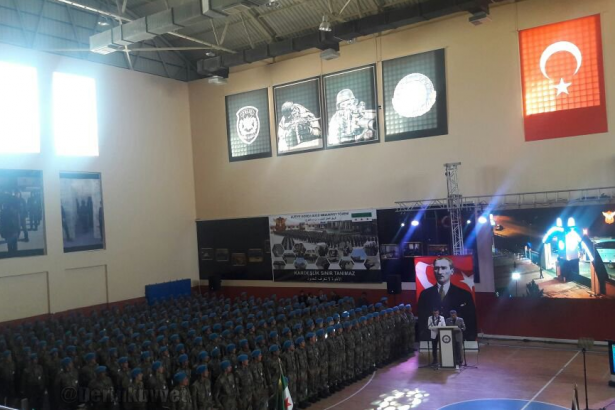 A video footage recently distributed through social media has revealed that hundreds of Free Syrian Army (FSA) militants had been trained in a police academy located in Sivas, Turkey. The video shows an oath taking ceremony of the FSA militants. According to the sources, the training was given to the militants voluntarily by the police academy.

The speech given during the ceremony revealed that the training was given to the militants with the aim of protecting “land security” and ensuring “cleansing the terror”. It is seen that the president of Sivas police academy was there to watch the ceremony. It is also stated during the speeches that the school management did everything they can do in order to please these jihadists.