France’s Foreign Minister Jean-Yves Le Drian stated that the main agenda of the European Council at the end of the september will be the tension between Turkey, Greece and the Republic of Cyprus over the Eastern Mediterranean, urging Turkey to conduct negotiations. 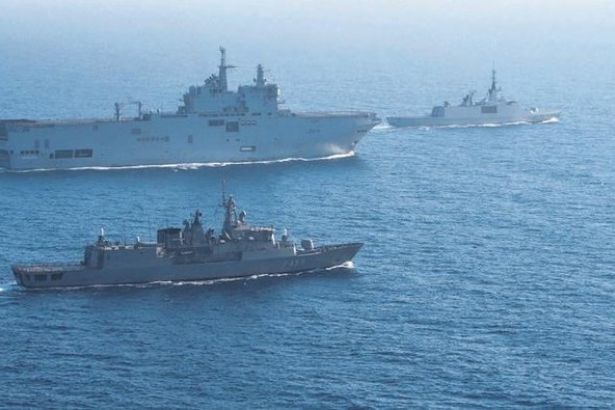 According to the DW report, France’s Foreign Minister Jean-Yves Le Drian said in a statement to France’s Inter broadcaster that he and his counterparts in other European Union countries have already discussed “the range of reprisals” they could take with regards to Turkey on the ongoing tension over hydrocarbon drilling licences in the Eastern Mediterranean.

Le Drian urged Turkey’s President Erdoğan to begin talks over the Eastern Mediterranean between now and the European Council meeting on September 24-25. “It’s up to the Turks to show that this matter can be discussed. If so, we can create a virtuous circle for all the problems on the table,” he said.

Over the “range of reprisals” to be taken with Turkey’s Ankara, not entering details, Le Drian stated that “We are not out of options and he knows that,” in reference to Turkey’s Erdoğan.

Turkey embarked on a military-backed hydrocarbon exploration venture in waters between Greece and Cyprus on 10 August, ratcheting up tensions in a strategic corridor of the eastern Mediterranean.

Greece responded with naval exercises to defend its maritime territory, which were later bolstered by the deployment of French frigates and fighter jets. The EU’s diplomatic chief Josep Borrell also raised the possibility of sanctions against Ankara.