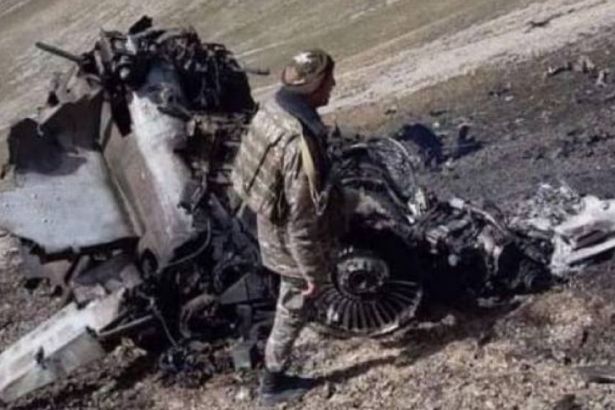 According to Sputnik, Peskov was asked about the statement of Turkish Foreign Minister Mevlüt Çavuşoğlu that “Turkey is ready to give all kinds of support to Azerbaijan”.

Peskov said, “Of course, we do not support such statements, as we oppose them. Like previously we are calling for restraint to all countries of the region, and especially we call on the participating countries of the conflict to immediately cease the fire.”

Peskov was reminded of the statements that Armenia's Su-25 fighter jet was shot down. Turkey and Azerbaijan denied these statements.

Peskov noted that the Russian army carefully followed the information about the situation on the front line where military activities were continuing and that he could not make a statement about it. “All information is carefully examined. We also carefully follow the statements made by international leaders,” Peskov said.

On the other hand, one of the advisers of Azerbaijani President Ilham Aliyev said that two Su-25 planes of Armenia crashed into a mountain, and he noted it is not true that one of the planes was hit by Turkish jets.

Hikmet Gadjiyev, the foreign policy advisor of Azerbaijani leader Aliyev, also argued that Armenia’s two Su-25 planes took off yesterday, and both of them crashed into a mountain. Armenia has claimed that the Su-25 fighter planes were hit by Turkey and published photographs of the plane wreckage. Gadjiyev defined these statements as “disinformation of Armenia”.

Both Ankara and Baku had denied the accusations that a plane of this country was shot down in Armenian airspace.

Speaking at a press conference organized as part of his official visit in Latvia, Macron noted that Turkey’s “pro-war rhetoric” has encouraged Azerbaijan to recapture Nagorno-Karabakh and it was unacceptable.

Macron also stated that Turkey is not directly involved in the conflict and there is no evidence at this stage.

While Macron defined Turkey’s rhetoric “as reckless and dangerous”, Turkish Foreign Minister Çavuşoğlu reacted to Macron’s speech. “While he is not worried about the Azerbaijani territory, his solidarity with Armenia means he is supporting the occupation,” Çavuşoğlu noted.

Çavuşoğlu continued as follows: “Armenia says ‘I ignore the international system and law’ with these attacks. This must be answered back… We said that if Azerbaijan wants to solve it on the ground, we will stand with Azerbaijan.”