The new party under the leadership of former PM Ahmet Davutoglu will start the establishment process on Friday, by applying to the Ministry of Interior, according to the sources 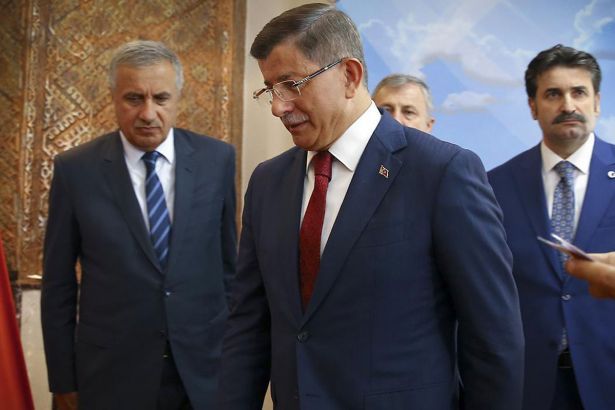 Former AKP Vice President and former Manisa deputy Selçuk Özdağ made a statement about the new party to be launched under the leadership of the former Turkish PM Ahmet Davutoğlu.

Speaking to Odatv, Selçuk Özdağ from Davutoğlu's close team stated that they considered "Our Party", "One Party", "Life and Justice Party" and another surprising alternative for the name of the new party to be launched. Özdağ also said that the name of the party will be announced on Friday.

The documents will be handed over to the Ministry of Interior on Friday and Davutoğlu will make statements on the same day about why they establish a separate political party and how the party differs from other political parties, according to the sources.

Davutoğlu and other close names to the former PM were resigned from the AKP in September after AKP began the process to expel them.

One of the long-time aides of Erdoğan and architects of AKP’s Neo-Ottomanist policies in the Middle East, Davutoğlu was the prime minister between 2014 and 2016. He declared his resignation from the premiership after a meeting with Erdoğan in May 2016.

With the expulsion move of the ruling AKP, sources had started to cite that the dissident AKP members were seeking to form a rival party particularly after Erdoğan’s party’s defeat in the rerun of Istanbul elections in late June.

Ali Babacan, former deputy PM who is leading a rival movement along with former President Abdullah Gül, had also resigned from the AKP and hinted at forming a new party like Davutoğlu.

Abdülkadir Selvi from Hürriyet daily, who is known with his deep contacts with Erdoğan and AKP, recently wrote that Babacan’s movement is also at its final stages after he and his team held a meeting in Istanbul last weekend.