Former PM Davutoğlu: "We are resigning from AKP"

Referred to the Central Disciplinary Board after the request for discharge from AKP, Turkey's former PM Ahmet Davutoğlu announced that he resigned from the AKP membership 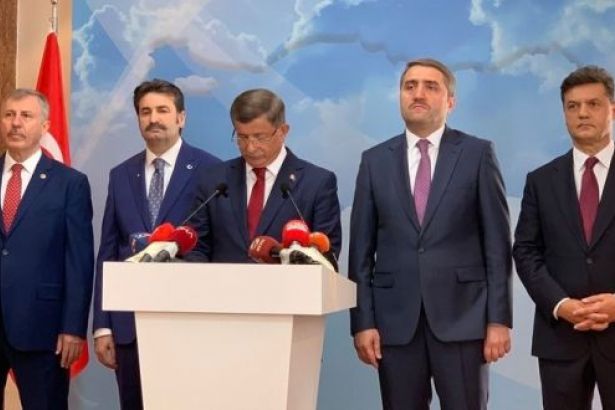 Former Prime Minister Ahmet Davutoğlu issued a press conference today in Ankara after the AKP's decision to discharge him along with other AKP members.

"The party that decides to discharge us instead of paying attention to the criticisms we made will indeed give an account of this to the history and to the nation. Those who think that they will get rid of the internal criticisms with this will feel this break even deeper," Davutoğlu said.

"Building a new political movement is a historical responsibility for us. Within this framework, we invite everyone who feels responsible for this country, regardless of political opinion, to work together," he added.