It was confirmed by Ankara Bar Association that the Foreign Ministry personnel, who were transferred to the Foreign Ministry during Davutoğlu’s period and purged by a Decree Law, were tortured. The news of torture in the Ankara Police Department led to comments that the AKP was trying to collect 'confessions' against future names such as Davutoğlu 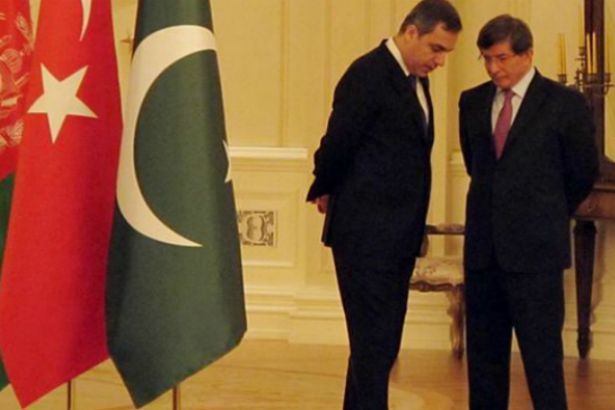 Two weeks ago, an operation to the personnel of the Ministry of Foreign Affairs who were hired in 2010-2013, when the AKP's coalition with the Fethullah Gülen community has not yet been broken. The reason for the operation allegedly was that there was corruption in their entrance exam when they were hired by the ministry.

Many of these former bureaucrats, who were dismissed with the Decree Laws after the coup attempt on 15th of July, 2016, are said to have been tortured by the National Security Organization (MİT) in Ankara’s Police Department.

While there are comments that the operation is a message to former Foreign Minister and former Prime Minister Ahmet Davutoğlu who is allegedly preparing to establish a new political party, a former foreign affairs personnel claims that this operation against these “lower officials” is a plan to compile “confessions” to use against names such as Davutoğlu in the future.

The Ankara Bar Association interviewed 6 detainees following the issue and published a report confirming that 5 of them were tortured.

In a press statement on the allegations of torture, Ankara Police Department stated that in connection with the persons detained within the scope of the investigation carried out in accordance with the law and the defendants were advocated with lawyers.

It has been claimed that between 2011 and 2014, the staff hired by the Ministry of Foreign Affairs in these positions were hired with the intention of cadre rather than merit, that there are problems in vital parts such as foreign languages, and that it has been known that staff from Gülen network was hired during Davutoğlu’s period.

The people that soL news interviewed say that the torture practices, which are also confirmed by the bar reports on June 6, could not be related to a target such as "the collapse of Fethullahist set-up in the Foreign Ministry". It is plausible that these alleged tortures of small bureaucrats are confessions to be used against some dissident AKP members such as Davutoğlu, which is allegedly preparing to establish a "new party".