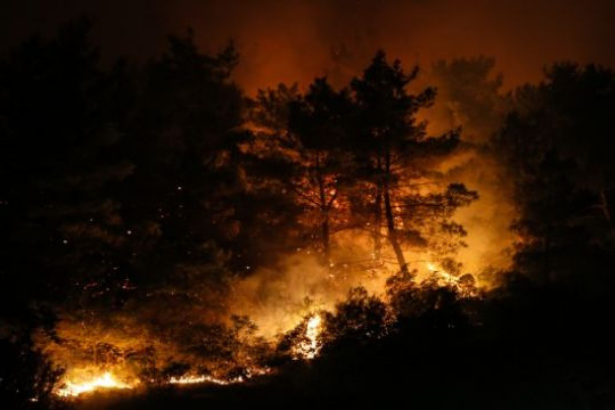 Several forest fires hit the western provinces and districts of Turkey on Sunday.

Minister of Agriculture and Forestry Bekir Pakdemirli stated that the fire in Izmir's Karabağlar district is "one of the most serious fires in Turkey". Fires started at 4 points yesterday and "since the wind was strong, they spread faster than expected," the Minister said.

Two villages were evacuated and the houses in Eski Orhanlı district of Seferihisar was damaged partially.