Floods in Turkey's Giresun killed at least 7: Not natural disaster but result of plunder

Flash floods in Turkey's Black Sea province Giresun killed at least 7 people and demolished several buildings. The building of hydroelectric plants in the region is the main reason for the devastating floods. Flash floods in Giresun on Sunday had devastating effects in the province.

Turkey's Disaster and Emergency Management Authority (AFAD) announced that the roads to 118 villages had been closed after the flooding. Interior Minister Süleyman Soylu said 11 people were reported missing.

Minister of Agriculture and Forestry, Bekir Pakdemirli, stated that this is the first time he saw such a big natural disaster, accusing the citizens in the region of ignoring the warnings of the government.

However, it was only last month when the citizens in one of the affected districts, Dereli, protested against the hydroelectric power plant that was planned to be built on the creek Aksu flowing through the town.

"A total of 18 plant projects will be implemented in Aksu Valley, which is approximately 70 kilometers long. In Aksu Valley, streams and spring waters were taken from the natural streambed and imprisoned in pipes. It İS an attack not only on the streams but also on the surrounding forests and natural areas," stated the citizens in their protest.

According to the official data, 203 Hydroelectric Power Plants have been built in the Black Sea Region in the last 10 years. While the constructions of 20 plants continue, 123 are in the project phase. The most visible price of this in the Black Sea is dried creeks. Waterless streams turn into a large floodplain in heavy rains, risking the residential areas and people's lives. 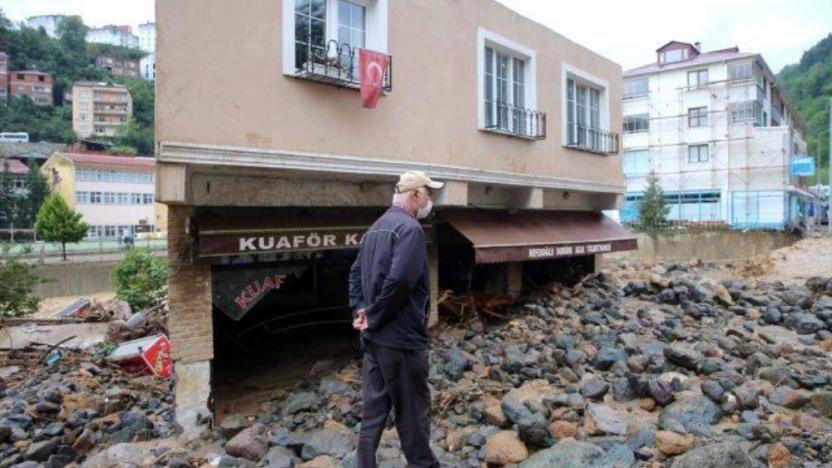