"Fascism is surprising, not communism"

General Secretary of the Communist Party of Turkey (TKP), Kemal Okuyan, evaluated the much-debated results of the municipal elections of March 31 in Turkey 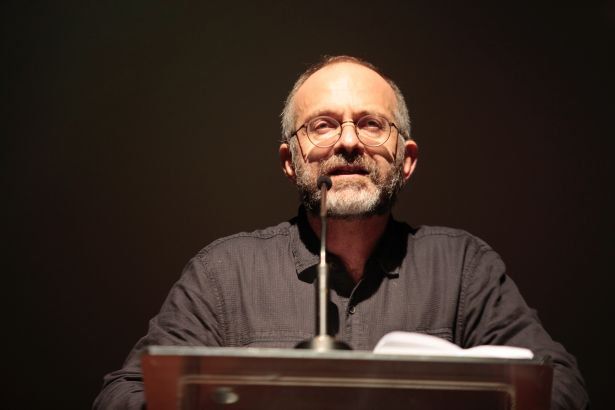 The Nation’s Alliance of the main opposition CHP and ultra-nationalist MHP won the major cities including Istanbul and Ankara, which was governed by the ruling AKP before. TKP, on the other hand, won Dersim municipality and increased its votes radically compared to the previous elections.

Okuyan commented on what this change means, what communists think about such a change and how to evaluate TKP’s victory in Dersim.

What do you think about the results in Istanbul and Ankara, where Erdoğan’s bloc loses after a long time?

I would say ‘change is good’, but nothing more than this. We cannot oppose people’s happiness and new hopes, but we cannot be a part of the process that tries to create promises from this change. There is indeed a difference between AKP and CHP. We have to discuss more on what exactly this difference is. However, if I was a CHP supporter, I would object to the argument that the municipalities of Ankara and İstanbul passed to CHP from AKP.

I am not a supporter of CHP, I have never been. I have never voted for CHP, so the candidates of CHP did not come as a surprise for me. But if I was a CHP supporter, I would find it surprising. This is because both of them are actually shouting “I am not from CHP” in different ways. In this sense, nothing has passed to CHP from AKP.  What is happening here is that: The balances of Turkey’s “right politics” have been changing. Some raise their hopes up because of this situation, but what we need to do is to warn them.

On the other hand, the fact that AKP lost two big cities is important in some aspects. The ability of the international capital to control Erdoğan has significantly improved now. Some leftists in Turkey think this is good. We will see how things will progress. Turkey has to be saved from the AKP government and our cities have to be saved from AKP’s destruction. But what we mean is not this picture, of course. The only conclusion to draw from this recent development is that AKP and Erdoğan are not that powerful. It is good to see that, but people are paying incredibly heavy prices to learn this truth. The people of Turkey have started to accept everything. It is not a reasonable deal to see Erdoğan’s decline by accepting that he has no alternative.

Erdoğan’s post-election ‘balcony speech’ is almost the same as TÜSİAD’s statement. Can AKP’s reference to TÜSİAD be considered as a part of the ‘normalization’ process that you had been mentioning?

TÜSİAD’s post-election statement showed the solution to Erdoğan, his cadres in panic and the opposition at the same time. This was prepared beforehand. Erdoğan and the parliamentary opposition parties are not in a position to act against this solution. The winners of these elections are the capitalists; we are communists and we cannot see any hopes in this kind of a situation.

In its statement on the elections, TKP mentions that the results indicate a crisis both for the ruling government and opposition parties. Can you elaborate on this crisis and its relation with the calls for “normalization”?

The bourgeois politics in Turkey is unstable. AKP cannot survive with its current structure. Those we saw and listened to within the last term are probably about to come off the stage. If you ask whether a new formation is possible, I would say yes. However, CHP can neither survive like before. It is true that CHP won two big cities. But do they expect that CHP followers will learn how to do MHP’s ‘Grey Wolves’ sign [that the ultra-nationalists use as a symbol]? I am not making much of the symbols. But the binders of the alliance that takes the cities from AKP are not reliable.

Pervin Buldan [the co-president of the pro-Kurdish HDP] said people saw that “HDP could make the elections to be lost”. This is correct. If it is AKP that was addressed here, this statement also means “we can also make AKP win the elections”. The bourgeois politics is in crisis and Turkey is in a serious economic crisis. Capitalists do not want conflict in this bourgeois politics that has been reduced to two parties in order to make the working people pay the cost. When there is tension, some will use the reactions of the people in their own benefit. That is why they want to be seen as “normalized” and being a “gentleman”. This seemingly happy trade could, of course, break down because the situation in this country might not allow it to survive. Yet, doing crazy things in contrast to capitalists is very difficult in Turkey and capitalists say “stay calm” to them right now.

What would you say about TKP’s rate of votes? How do you want to work on the increased interest and votes for the party?

These rates are still low, but the increase means a lot. Turkey has been put in a two-party system in a short span of time. In some provinces, the rates of votes for a third party are below 1 percent. This is the first time we see this. That was what we meant when we were stating that “we are the only party that is sincerely participating in the elections”. The others did not hesitate to ally with each other. This does not make any difference to us; they could ally, there might have two parties, three parties. It is their business. But in such a system, TKP will always be there as a separate party.

With the results, TKP showed that it will not cringe and it can progress despite difficult conditions. In many districts, especially in the districts of three major cities, TKP votes exceeded the psychological threshold of 1 percent. The party also increased the rate of votes in the districts that it worked systematically. These votes will be organized immediately.

We did not get what we wanted in the municipalities that were our special targets. We got significantly high rates of votes, but it was not enough. It was not enough because we could not really eliminate the impact of money on politics. In this country, a so-called leftist candidate could shout from the platform that he would transfer funds from an imperialist country. We understood that we should be more careful, alert and organized. The struggle continues.

TKP’s victory in Dersim had a broad repercussion in Turkey and many other countries worldwide. What is going to happen in Dersim from now on?

Communists in Dersim will do what they promised to do. The victory belongs to the people. The alliance in Dersim will discuss what can be done for a people’s municipality. The people of Dersim will be involved in the change, but first of all, it is necessary to evaluate the conditions of the municipality that was governed by a trustee [appointed by the AKP government]. I am sure that a special and new example is to be created soon by the hands of Turkey’s and even the world’s kind-hearted people.

The group deputy chairman of the ultra-nationalist [and CHP ally] İyi Party, Yavuz Ağıralioğlu, commented on TKP candidate Maçoğlu’s winning. He said that while a communist had no chance to win even in Russia, the winning in Dersim shows that you gain respect for your actions, not for your ideology. Do you have anything to say on that comment?

A pro-market rightist cannot be a good local governor and cannot defend the interests of the people. Nobody should dare to present Maçoğlu as a figure without an ideology. He does what he does because he believes in the struggle of the organized people and revolutionary values. Finally, I will say something about the comment that "a communist would not win a municipality even in Russia": They might be winning municipalities or not, but there are communists all over the world and they achieve and continue to achieve big successes. No one should be surprised. This exploitative system has been survived more than it had to, but it is not supposed to go forever. The anomaly today is that fascism is still standing despite it was kneeled down in 1945, with the struggle of Soviet people, the Red Army. Communism is the future of humanity.