Explosion in fireworks factory in Turkey killed 7, injured at least 110

An explosion in the fireworks factory in Sakarya province of Turkey killed 7 workers and injured at least 110 others. 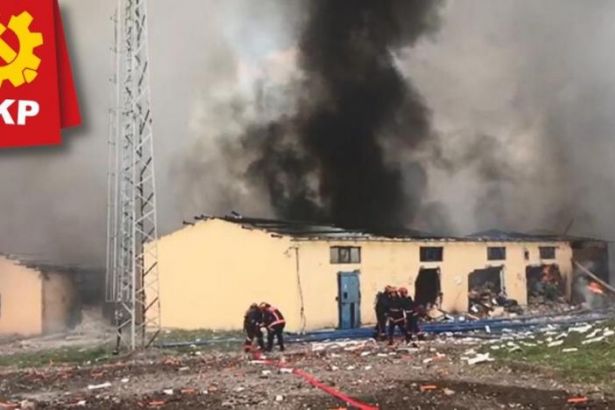 An explosion occurred in the fireworks factory in Hendek district of Sakarya, a province in the Marmara region in Turkey. According to the latest reports, the cause of the explosion is not known.

At least 110 people were injured in the explosion and 7 were killed. The injured were hospitalized and rescue works continue.

The sound of the explosion was heard from many points of the city, about 50 kilometers away.

The district mayor said, in his first statement, that the explosions are continuing and there are about 150 workers inside.

Two other explosions occurred earlier, in 2011 and 2014, killing 1 worker and injuring 2 others.

There can be highly toxic carcinogenic gas in the air due to the explosion, experts warn.

The Sakarya district organization of the Communist Party of Turkey made a statement immediately after the explosion, emphasizing that no measures were taken after the earlier explosions.

"It is known that there were similar explosions in the factory in the past. Unfortunately, the explosion today has been the biggest explosion ever. It is observed that no lessons have been learned from previous ones, no measures were taken, and the safety of workers is neglected," said TKP, in its statement.

"Those responsible for this disaster will be called to account," the statement added. TKP stated that the communists will continue to follow the developments closely and to fulfill their responsibility to inform the people of the region.