Exploitation of labour in Turkish prisons

The money earned on "prisoner" workers who work in prisons for 6-13 liras (1.5 - 3.5 USD) is invested in constructing new prisons in Turkey 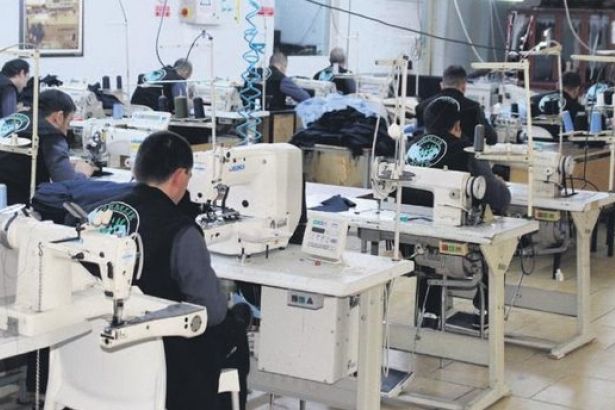 In the prison workshops under the control of Turkish Ministry of Justice, a wide range of products, from agricultural production to textiles, from animal husbandry to handicrafts, from furniture to fire tube are produced. However, the prisoners who are made work for seven liras a day complain about the long working hours and conditions.

According to Ezgi Karataş from Journo, worker prisoners are not allowed to interact with the buyers. But one of them who tried to make himself heard stated that they are made work for 120 liras a month (34 USD) by waking up at 5.30 am, starting to work at 8 am until 5 pm. The prisoner also explains that the prison conditions are really bad and the prisons are not inspected properly.

Another prisoner working in a workshop restaurant expresses that they are made overwork and when they do not want to work for extra hours, they face with psychological pressure by the management. “When we show resistance”, the prisoner says, “the management threatens to send us to the closed prison”.

Newly constructed prisons in Turkey are designed as large capacity campuses that include workshops. These prisons throughout the country have started to turn into factories where prisoners are used as cheap labour by the Turkish government.

The worker prisoners are paid 6-13 liras (1.5 - 3.5 USD) a day and several of them work with high accident risks. In 277 prison workshops in Turkey, there are 131 occupational safety specialists in total while there are no workplace doctors employed.

The money earned on worker prisoners are used to build new prisons by the Turkish Ministry of Justice. Within the last 10 years, 139 new prisons were built.