Exploitation at its harshest in textile, woman worker tells

As March 8, the International Working Women’s Day, draws on, a textile worker woman explains to soL how horrid the conditions in the sector she worked 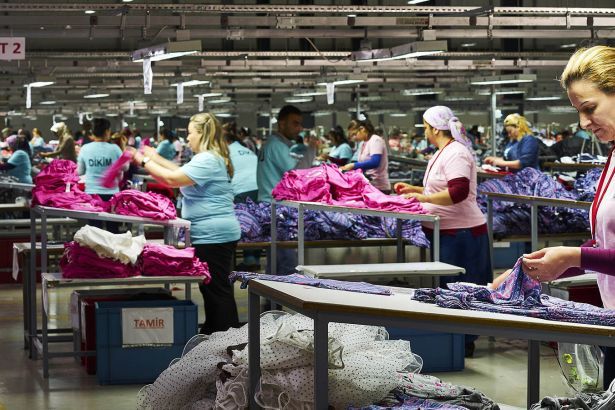 ­The International Working Women’s Day on March 8 draws nearer, and women tell the level of exploitation and mobbing in the sectors they work. Uğur Erdoğan, a former textile worker woman in the city of İzmir, Turkey, tells that they were forced to work overtime with little pay for weeks on, and their pension is now cut and requested back with interest added.

Stating that the textile sector is for employers who want more work done by fewer workers, Erdoğan says that it is also one of the sectors where subcontracting is most common.

Erdoğan also remarks that: "Long working hours, low payment, and the imposition to work astir are very common … We had been employed with the promise that we would not work more than eight hours a day, but this never happened. We would work until 10 pm, and there were the times when we could not go home for two days because we had to work."

Erdoğan says that 15- or 16-year-olds were forced to work without insurance on the machines they had never been trained for.

She explains that she applied to the Social Security Institution (SGK) for retirement in 2015, and retired in December 2015. She received a pension for nearly a year, but saw when she went to the bank in December 2016 that her pension was not paid. She took the case to the SGK, and was asked whether she had ever even worked at that place, as she had worked at that establishment with fake insurance. Then, she filed a lawsuit together with those in the same situation against both the firm and the SGK, since the Institution had neglected the required inspections on the establishment.

Emphasizing that she and her former colleagues will not yield, and get their due, Erdoğan also encourages other workers at the textile sector and also other fields of work to seek their rights without any hesitation. "I do not believe in the proverb ‘let the sleeping dogs lie'," she says, and adds: "It is crucial to defeating those dogs. Labourers cannot be exploited, as employees strike gold with the labour of the workers."

Communist women call for March 8 in Turkey: No to exploitation, reactionism and sexual abuse