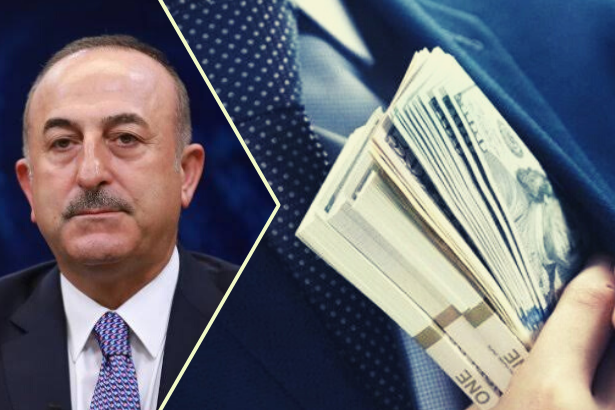 Mevlüt Çavuşoğlu, Turkey’s current Minister of Foreign Affairs, had received money for lobbying Paul Manafort, then-electoral campaign manager of the U.S. President Donald Trump, on behalf of the Ukrainian government during his Presidency of the Parliamentary Assembly of the Council of Europe (PACE), the leaked e-mails indicate according to the report prepared by the Communication on Organized Crime and Corruption Project (OCCRP), an international initiative composed of leading investigative journalists.

According to the reports, the campaign carried out by Manafort in Ukraine was to convince diplomats and politicians that Ukraine’s incarceration of a prominent opposition leader, referring Yulia Tymoshenko, should not prevent the country from signing an association agreement with the European Union.

The jailing of Tymoshenko had imperiled the free trade and association agreement between the EU and then-Ukrainian government under the Yanukhovic administration in 2013. Serhiy Lyovockhin, the money man behind the secretive lobbying campaign of Manafort, is a member of the Ukrainian parliament today and the leader of the largest opposition party in the country today. He was the Chief of Staff to then-Ukrainian President Viktor Yanukovych, who would later flee to Russia after being resigned due to the Euro-Maidan protests in late 2013.

The leaked e-mail correspondence also revealed that Manafort recruited a Turkish politician, who is the current Turkish Foreign Minister Mevlüt Çavuşoğlu, and a trio of former European national leaders in order to promote the view that the association agreement between the Yanukhovic administration and the EU should proceed despite the imprisonment of Julia Tymoshenko accused of corruption and harming Ukraine’s national interests during natural gas negotiations with Russia during her prime-ministry.

In line with this purpose, OCCRP claims that Manafort formed a shadowy informal network under the name of "Hapsburg Group", consisting of the former Polish President Aleksander Kwasniewski, former Austrian Chancellor Alfred Gusenbauer, and former Italian Prime-Minister Romano Prodi, who previously served as the President of the European Commission. Manafort also worked with an American ex-journalist to coordinate the campaign in Ukraine, it is reported.

According to the leaked email correspondence, Manafort and Lyovochkin had owed the Hapsburg Group 700,000 euros in advance for the second half of 2013, while the current Turkish Foreign Minister Çavuşoğlu requested a ‘separate’ transfer of 230,000 euros.

OCCRP also claims based on the leaked e-mails that the current Turkish Foreign Minister was secretly lobbying during his office as a member of PACE to monitor Ukraine’s parliamentary elections in 2012. At that time, Çavuşoğlu overtly supported the association agreement between the Yanukhovic administration and the EU, calling on politicians not to criticize the Ukrainian government over the Tymoshenko case.

Furthermore, Çavuşoğlu had expressed a positive opinion to the media about the Ukrainian elections, as opposed to the international delegations for the electoral observation, which claimed serious irregularities in the elections.

As the parliamentary main opposition Republican People’s Party (CHP) raised the topic to the agenda on Oct. 6, Özgür Özel, the Group Deputy Chairman of the CHP, stated, "We’ve received unconfirmed information about the Foreign Minister Mevlüt Çavuşoğlu regarding his involvement in bribery and international lobbying in Ukraine. A person representing Turkish foreign policy must immediately account for these allegations because his name is mentioned in such a scandal. Every minute he stays silent about such an issue damages the country’s reputation."