38 Parties from 31 countries are represented at the European Communist Meeting that is taking place in the building of the European Parliament. The main agenda of the meeting is the struggle against anticommunism 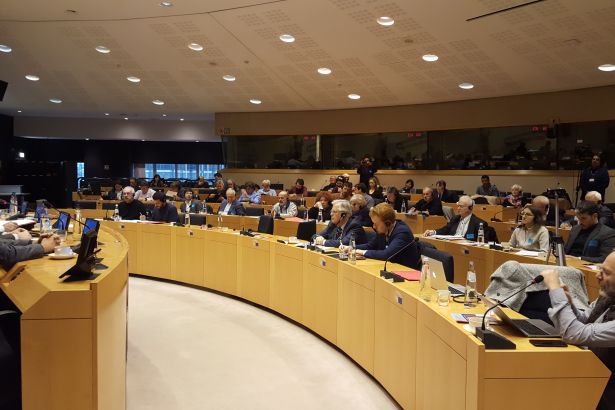 The meeting started with the welcome salute of MEP Kostas Papadakis. The keynote speech was delivered by KKE General Secretary Dimitris Koutsoumbas, who denounced the anti-communist resolution adopted by the European Parliament last September.

"171 years have passed since the assessment that "the specter of communism is haunting Europe" was formulated. This is the same "specter" that is haunting today the majority of the European Parliament, the EU itself, which has elevated anti-communism into its official policy" said Koutsoumbas. "In today's era, and specifically last September, the political groups of the People's Party, Social-Democrats and Liberals, the Greens and conservative reformers united in the European Parliament to approve an anti-communist resolution" he added. "As two centuries ago, it is the same today, all the basic political "powers of old Europe" were united against the "specter" of social revolution, social justice, the abolition of the exploitation of man by man, the new socialist-communist society, which continues to haunt them."

Koutsoumbas mentioned that the resolution intended to rewrite the history. and rewrite the outcome of the 2nd World War. "An outcome that was achieved through the rivers of blood given by the Red Army, the Soviet Union, the anti-fascist national liberation struggles of the communists, other militants, of all the peoples of Europe. The aim of the EU was apparent in the anti-communist resolution where it called for a new "Nuremberg" to be set up, this time for communism." he followed, reminding that the fear of bourgeois classes is because that the revolutionary ideals of communism still inspire people.

WE ARE PRESENT, THE ICE IS BROKEN, THE ROAD IS OPENED

Koutsoumbas made the remark "But we are here, we are present, the ice is broken, the road is opened". He reminded that the bourgeois class would not stop its machinations to attack the CPs in order to promote its anti-people plans, but CPS can and must respond to this offensive. He expressed that the KKE believes that the labor movement in each country and in Europe and the world as a whole can and must make its mark on the developments. The workers understand and experience that the anti-communist offensive goes hand in hand with assault on their rights. Today the communist movement in Europe, overcoming mistaken positions that were present in the international communist movement in previous decades combining revolutionary action with revolutionary theory, in strategic sectors of the economy and reinforcing its intervention in the labor-people's movement, can not only repel the anti-communist offensive but also lay the foundations for the regrouping of the labor movement, for the overthrow of capitalist barbarity, for socialism.

The meeting will continue until the end of the day, with representatives from different communist and workers parties presenting their positions and discuss the common strategy and methods to defeat anti-communism. 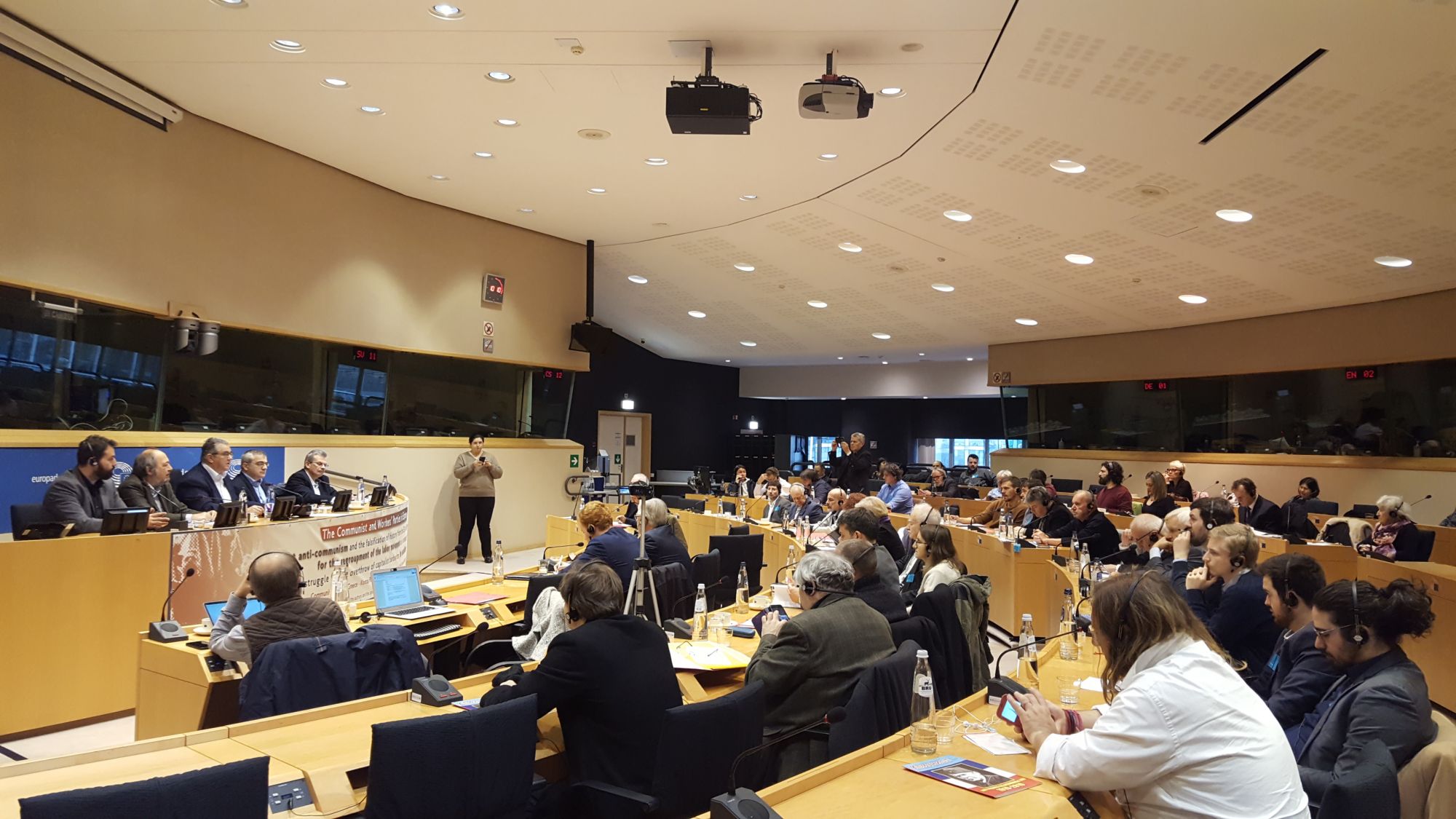 OKUYAN: "WE DON'T HAVE A HISTORY TO BE ASHAMED OF"

TKP General Secretary Kemal Okuyan delivered his speech at the meeting. In his speech, Okuyan emphasized the present logic of anticommunism and made concrete proposals for the common struggle. He emphasized that anticommunism aims to reduce the legitimacy of the historical struggle against fascism.

"The communist movement stands on the legacy of the glorious victory of defeating fascism, a victory gained with the flesh and blood of millions of Soviet soldiers, partisans, communists of other countries. The defeat of the monster of fascism has long been an unquestionable achievement, respected and admired by all peoples of the world. The moves of European bourgeois politicians serve on the one hand to open this victory to be questioned and on the other, to justify, to legitimize fascism, or at least to alleviate its illegitimacy.

Comrades, the first thing to be done is to be true to ourselves. The history of the working class is our history, with achievements and errors, it is our own reality. It should be researched thoroughly by us, by the heirs of those who made the history, to the point where no single moment is left unilluminated. Unspeaking some aspects of our history is actually doing more harm than good. We should not accept any falsification but we should not allow our own errors to be admitted, in a distorted way, by the dominant class. We can openly and objectively declare what has happened when, which decision was taken for what reason. We shouldn’t remain silent about the Nazi-backed disinformations about so-called “genocide by famine (Holodomor)” of Ukrainians in the 1930s or the so-called “Katyn Massacre”. We don’t have a history to be ashamed of," Okuyan said.