European Communist Initiative: Right to education is under attack! 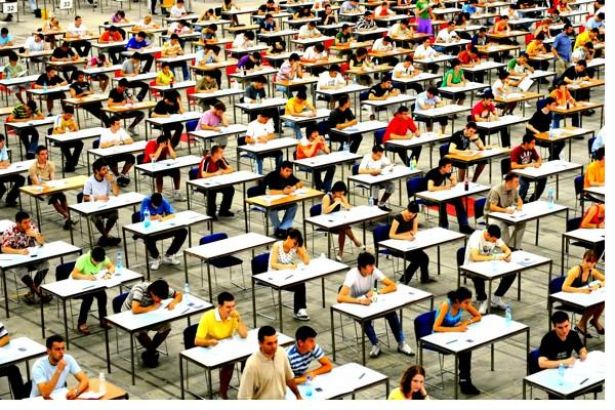 As millions of children and youths filled classes with the start of the new school year early September, the Initiative of the Communist and Workers' Parties of Europe issued a statement, slamming what it described as relentless efforts of capitalism to distort education and mold it to its own ends.

Calling for a united front of communists, students and parents the world over, the statement underlined its crucial importance for overturning the educational policies of the capital geared to stifle the cognitive and political development of the youth and rob them of the chance of receiving an education attuned to the realities of the time and thereby attaining their true potential.

The capitalist system, instead, was aimed at fettering that potential, allowing the students to acquire only the skills and intellectual capacity measured to the needs of the capital and safeguard its dominance, the statement pointed out.

To do that, the capital has been consciously undermining the gains of the past struggle of the working class, taking back bit by bit the concessions it had to make in order to stem the tide, it charged.

“In some countries, this has already resulted in major cuts in the educational system, forcing the peoples’ families to pay dearly for the education of their children, while there has been an educational degradation and the conditions of education rapidly deteriorated,” the statement noted. It also drew attention to the “intensification of the attempts to further manipulate the content of the education ideologically, “through increased activity of private companies in schools and universities to win the students over to programmes and courses designed to instill them with “a spirit of entrepreneurship.”

Pointing out that it would be naïve to expect the formulation and the implementation of an educational system directed to the needs of the youth under capitalism, the statement pledged “to maintain and increase our efforts to organize our class for a free, contemporary and public educational system without any entrepreneurial activity in education.”

The statement concludes, “an educational system directed towards the needs of the modern youth cannot exist under capitalism. History has shown that any reforms and benefits that have been achieved are temporary and precarious. They cannot be permanent. That is why we also struggle for socialism, where power rests in the hands of the working class, to the benefit of the working class. That is why we call on the people and the youth: struggle together with us for your future!”

The full statement can be found at: https://www.initiative-cwpe.org/en/news/Statement-on-the-new-school-year/

Communist Youth of Turkey (TKG) welcoming new academic year: "We are here for our future"