European Communist Initiative on May 9, Victory Day: For power to working class!

The European Communist Initiative (ECI) has released a statement on the day of the great anti-fascist victory of the peoples, calling for strengthening the struggle today when the need for socialism is even more relevant. 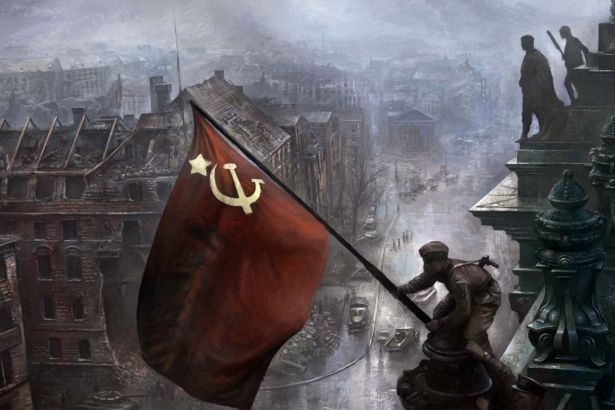 The Initiative of the Communist and Workers' Parties of Europe has made a statement on the “Day of the Antifascist Victory”, commemorating the 75th anniversary of the people's victory against Nazi fascism and calling the working class of the world to unite for socialism today.

The Initiative stated that the struggle for socialism today is more relevant and necessary than ever and the task of communists is to organize the working class against capitalism.

Today, Just Like 75 Years Ago, For the Power to the Working Class!

75 years ago, the Red Army raised the Red Flag in the heart of Berlin,signaling the great anti-fascist victory of the peoples and the defeat of Nazism, after a hard and bloody struggle, led by the Soviet Union, to which decisively contributed many anti-fascist partisans and movements, led by the CPs, from many countries who responded to the call, committed to crush the reactionary forces headed by Italy and Germany.

Thanks to the huge sacrifice of millions of Soviet soldiers, partisans, and antifascist fighters, the most ruthless dictatorship of capital in Europe was over. The power of the working class, the Soviet power, proved its superiority at all levels. With conquests for peoples who in capitalism today remain an elusive dream. This is proved by the negative experience of the peoples in the middle of the pandemic.

Today, in 2020, the Communist and Workers’ Parties that display our activity in the different countries of Europe are witnessing how the different bourgeois governments are allocating massive efforts in order to defend the disgusting system they serve, in rewriting the History written with the blood of the peoples. Specifically, the European Union deliberately denies the role of the Soviet forces and their massive efforts in the end of World War II. The European Parliament reflects the reactionary and imperialistic nature of the EU by drafting unacceptable anti-communist statements that insult the heroic memory of those who struggled in the war to defeat Nazi-Fascism, even promoting the banning of communist parties and their symbols, under the shameful affirmation that communism and Nazi-Fascism are equal.

The capitalist institutions have been trying for years to establish 9 of May as the “Day of Europe”, in contrast with the collective memory and consciousness of the peoples. But also this year the communists from all over the continent defend the historical truth and claim loud and clear the commemoration of the “Day of the Antifascist Victory”. In the unsolvable contradiction between the imperialistic European Union of monopolies and the working class and the peoples in the European countries, it is increasingly urgent to strengthen the class-oriented positions to overthrow capitalism.

Today, like 75 years ago, the tasks of the communists at an international level are the organization of all the working-class and the people’s forces in the struggle to defeat imperialism, for the overthrow of capitalism and for building fraternal and cooperative relations between the countries in order to prevent the suffering of the horrors and the crimes defeated 75 years ago, remain fully in force.

75 years later: The struggle for socialism is more relevant and necessary than ever, for social liberation from capitalist exploitation and a future for the welfare of the peoples and humanity.