The Secretariat of the European Communist Initiative released a statement on the occasion of May 1 International Workers' Day. 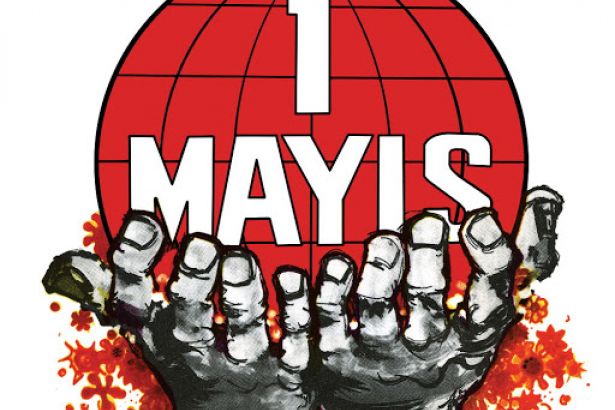 The European Communist Initiative (ECI) has issued a statement, extending its warm class greetings to all the workers of the world with regards to May 1 International Workers' Day.

"Especially this year amid a pandemic, workers will celebrate Labor Day in every possible way. Even wearing a mask, the working class can be loudly heard," ECI says, indicating to the historical value of May 1 International Labour Day.

We extend warm class greetings to all the workers of the world, to the young men and women of the working class. We pay tribute to all the dead of our class.

May 1st is a day - symbol for workers around the world, a symbol of the struggle of the peoples against capitalist exploitation and barbarism, against the imperialist war. Especially this year amid a pandemic, workers will celebrate Labor Day in every possible way. Even wearing a mask, the working class can be loudly heard.

In this year’s May 1st we must stand up and struggle, raise our fists and demand measures to protect workers’ lives and rights! We denounce the lack of precautionary measures in the workplaces and the tragic shortages of permanent staff and infrastructure in public hospitals. We devote our efforts to strengthen workers’ struggle, in order not to pay the burdens of the new crisis of the capitalist system once again. We call on the working class and the peoples to struggle against the aggressive plans of the USA, NATO, and the EU, against the imperialist wars caused by imperialist contradictions and competitions.

Under the pretext of the pandemic, governments seek to deal a new harsh blow on the remaining labor rights by supporting employers’ unaccountability in the workplaces. Along with “Marshall plans”, huge subsidies, tax exemptions, and very cheap loans, they provocatively support business groups, while making the workers pay the bill of the crisis, along with passing new anti-labor measures, reactionary mechanisms, and measures to limit trade union action.

We are inspired by the heroes of the bloody Chicago strike on May 1, 1886, aiming to establish the 8-hour day. The working class rose and with its heroic struggles managed to impose the 8-hour day as a starting point for a series of gains in the 20th century, which today are taken away one by one. Against the sermons about “national unity” and the calls on the workers to align themselves with the interests of the capitalists that exploit the pandemic and the forthcoming capitalist crisis, we declare that we will not take a step back from our rights and our demands to meet the contemporary needs of the working class and the other popular strata!

The pandemic has proved that the barbarity of capitalism, which is a rotten, exploitative, and outdated system that only causes crises, suffering, wars, and refugees is incurable.

The superiority of the new world, that is socialism, where the working class will have the power and will be able to enjoy all the wealth it produces, emerges more necessary and timely than ever.