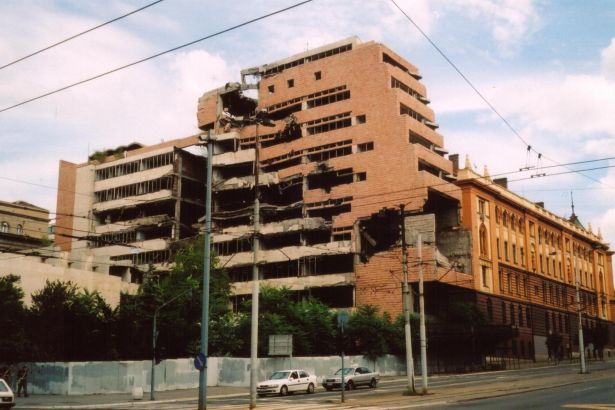 The Initiative's statement begins by stating that ECI is in solidarity with the people of the former Federal Republic of Yugoslavia bombed by NATO. The solidarity message sent for the 20th anniversary of the bombing states that US-NATO imperialism and the European Union is to blame.

Twenty years have passed since the beginning of NATO aggression against Federal Republic of Yugoslavia when at least 2,500 civilians were killed and more than 12,500 people were injured during the 78 days of bombing, more than $ 100 billion in damage was inflicted, the environment was  contaminated with depleted uranium and other non-conventional and forbidden weapons, and civilian property and infrastructure  was destroyed. Women, children, the elderly, mothers with their new-born babies, patients in hospitals, refugee columns, farmers in the field, passengers on buses and trains, workers in factories and utilities, journalists were all innocent victims of NATO’s terror. Until today, no one has been held responsible or prosecuted for these serious crimes but the US-NATO imperialism and the EU are to blame.

Between 24th of March and 11th of June 1999, the Federal Republic of Yugoslavia and its inhabitants were faced with a ruthless attack of the strongest military alliance in the world. It is difficult to compare the military might utililised, due to the qualitative and quantitative disproportionate force employed.

The NATO offensive violated every concept of international law that the imperialists use as a pretext according to their own interests, as they use human rights in order to intervene against the peoples.

The war conducted by NATO in the name of the defence of human rights cased war crimes and murdered civilian population.

Yugoslavia served as an experimental laboratory for the interventions which followed in Afghanistan, Iraq, Libya, and Syria.

The foundation of the North Atlantic Treaty Organization (NATO) on April 4th 1949, in cooperation between the USA and European capitalist countries, created the armed hand of imperialism for the defence of the exploitative system and the prevention of revolutionary changes in Europe, in order to attack the Soviet Union and the other socialist countries of Eastern Europe.

From its beginning, NATO was a powerful aggressive political and military block and a stronghold of the cold war, promoted a massive expansion in nuclear and conventional armaments and remains responsible for amassing of incredible arsenals of weapons of war and mass destruction.

In spite of the counter-revolution which witnessed the end of the USSR and the dissolution of the Warsaw Pact (founded in 1954 in answer to NATO's aggression), NATO instead of dissolving, strengthened its forces and reach.

The parties of the European Communist Initiative must strengthen the struggle against imperialist wars NATO and all imperialist alliances,

Let’s strengthen the struggle against imperialist wars, the NATO and all imperialist alliances!

The Secretariat of the European Communist Initiative