The European Union is to make a statement on Turkey and Libya's agreement on maritime borders, stating that it violates international law, according to the sources 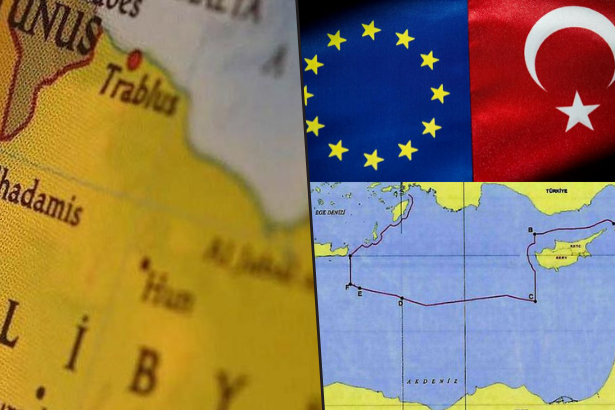 The tension between Greece and Turkey has been escalating because of a memorandum on the limitation of maritime jurisdictions signed between Libya and Turkey on November 27.

Greece has applied to the United Nations (UN) on the grounds that the agreement violates international law.

GERMANY ON THE VIOLATION

The spokesperson said maritime borders should be in line with international law with the participation of all affected coastal states.

Turkish President Recep Tayyip Erdoğan said that Turkey had maximized its jurisdiction in the Eastern Mediterranean through the Libya agreement and that Turkey had exercised its rights under international law.

Turkey has notified the United Nations for the registration of the Memorandum of Understanding on the limitation of maritime jurisdictions, signed with the Government of National Accord.

Turkey allegedly notified the United Nations (UN) for the registration of its agreement with the Government of National Accord in Tripoli.

According to Sözcü daily, Turkey notified the UN on Wednesday to register the agreement, which was signed with the Government of National Accord in Tripoli on the 27th of November and took effect on the 8th of December.

Turkey's Minister of Foreign Affairs, Mevlüt Çavuşoğu, states that "With the signing of the decree on the validity by our president, we will also make the registration to the UN. We are both providing information on the agreement and we are also registering our new Continental Shelf, which has been designated as western borders, with the UN.”