'EU and Macron accomplices of the US imperialism' 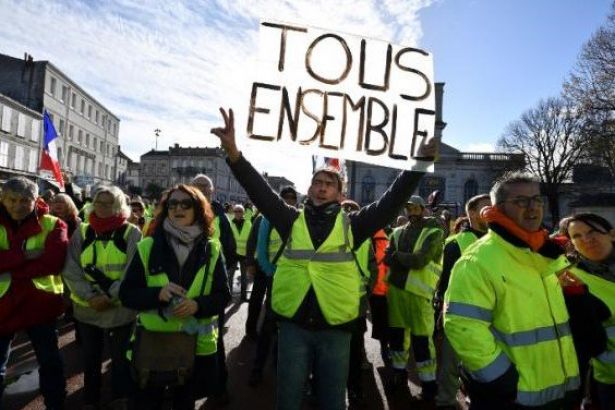 After provocative missiles targeted oil tankers in the Persian Gulf, six French communist organizations, including the Revolutionary Communist Party of France (PCRF) and Pole for Communist Revival in France (PRCF), issued a common declaration on the growing danger of war in the Middle East.

As reported in the International Communist Press (ICP), French communists consider the provocative missiles that targeted oil tankers in the Persian Gulf as another pretext meant to serve the war plans of the US imperialism. Journalists and liberal "experts" on French TV channels are accusing Iran of bellicism, making an example of how French press is in the service of imperialism, says the declaration.

Communist organizations that signed the common declaration demand from the French President (and from his colleagues in the EU) to condemn the warmongering of the United States and Israel against Iran. In addition, they demand from the Macron administration to stop lending any military equipment to Saudi Arabia because the latter uses them in the invasion of Yemen, causing humanitarian disasters according to the United Nations.