Establishment of a “safe zone” in northern Syria makes progress 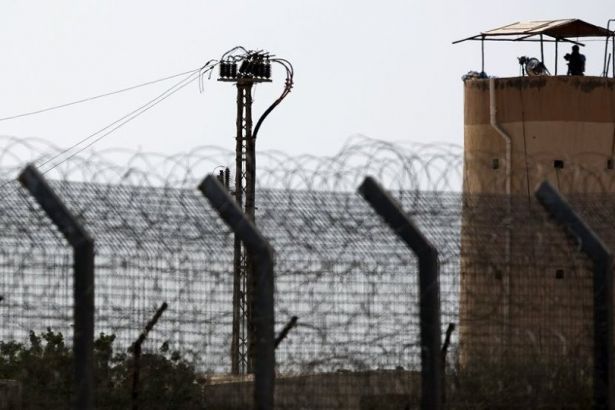 It was claimed by Turkish news agencies that in the wake of mutual steps between Turkey and the US upon a possible safe zone in Syrian-Turkish border, Turkey was offered a three-section safe zone later was rejected.

Another source reporting on the safe zone meeting which lasted for three days in Ankara with the attendance of 6 high ranking NATO commanders claimed that the parties have agreed upon a safe zone for 5 km width and 100 km border extent.

Allegedly the safe zone is to be established over the territory between Rasulayn (Serekaniye) and Tal Abyad (Gire Sipi), north Syrian towns which are currently under YPG control. The YPG forces are to withdraw and concede the governance of the region to local military councils formed up in the towns.

It was also agreed that observation posts are to be established in the specified region under due supervision of “International Coalition Forces” as the heavy artillery stationed in the zone withdraw 20 km back. According to the agreement, Turkey is not to single-act, yet Turkish planes are entitled to fly over the territory with coalition forces provided that the conditions are met.

Ministry of Defense confirms the agreement

Following the arrival of US military personnel in a southeast city of Turkey, Şanlıurfa where the “Joint Operations Center” was established pursuant to the agreement between the US and Turkey, Turkish Ministry of Defense made a statement.

In the press release made by the ministry it was confirmed that the construction of the infrastructure for the Joint Operations Center which is to be built in Şanlıurfa pursuant to the Safe Zone with the delegation of 6 US nationals.

The Ministry also declared UAVs began carrying out tasks over the proclaimed safe zone in the same scope.

A week ago, the US Embassy in Turkey had made a statement regarding the meeting between Turkish and US delegations regarding initial measures concerning Turkey’s security concerns, the coordinated establishment of a safe zone and efforts for relocation of the displaced Syrians turning the mentioned zone in a peace corridor. (https://tr.usembassy.gov/statement-on-joint-military-talks-regarding-syria/)

Syrian Summit to be held at Turkish capital in September

Meanwhile, the negotiations between Erdoğan government and Russia continues since the Astana talks.

Dmitriy Peskov, spokesperson for Kremlin confirmed that the trilateral summit is to be held in Ankara this September between the leaders of Russia, Turkey and İran.

Interviewed by the press, Peskov expressed “The efforts are almost finalized, there is only one step before the finalization of the establishment of Committee for Syrian Constitution. Yet, I cannot tell that the issue is to be brought to completion being synchronized with the summit in Ankara for now.”

Peskov also noted that the preparations regarding the summit in Ankara are still in progress.