A senior official from the ruling AKP told that the Presidential System of Government implemented in Turkey was not prepared by the AKP but designed by the U.S.-based McKinsey consulting firm 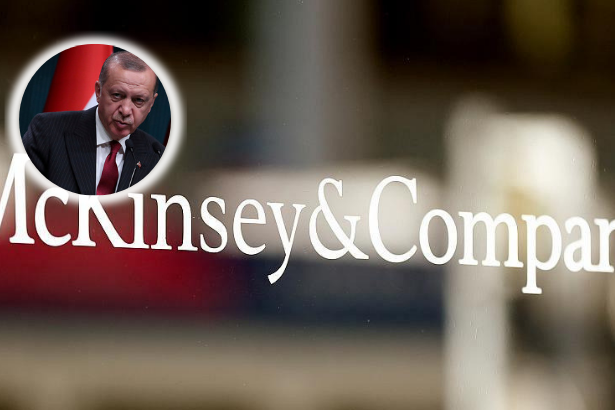 The Presidential System of Government presented by the ruling Justice and Development Party (AKP) as a "domestic and national system" was prepared by the U.S.-based McKinsey consulting firm, a senior official from the AKP said in a statement to the pro-Islamist daily Milli Gazete, having close ties to the Felicity Party (SP).

The AKP senior official told that the Presidential System of Government implemented in Turkey since 2018 was not prepared by the AKP, and that the system was designed by the U.S.-based McKinsey consulting firm.

The AKP senior official also said that no one was assigned to the AKP for the correction of the system, underlining that the update of the Presidential System of Government along with all state councils and commissions were given to the U.S.-based McKinsey as well.

McKinsey consulting firm had previously occupied the country’s agenda for a long time. The firm came to an agreement with the Turkish government last September within the scope of Turkey's ‘New Economic Program’ in order to save the economy from the crisis. The expectations on McKinsey’s determining role during the country’s crisis process in such fields as the designation and control of public administration and public resources, the coordination of the ministries, and the readjustment of public employment had led some people to think that the government preferred McKinsey to the IMF.

Yet, some leading Turkish economists defined Turkish government’s new economic plan and the agreement between the Turkish government and McKinsey as "an IMF program without the IMF" since the giant consulting firm is working with some countries and multinational monopolies around the globe.

Turkey’s Ministry of Treasury and Finance had wanted to give the Public Finance Transformation and Change Office founded under ‘New Economic Program’ to McKinsey, which has been considered "an IMF program without the IMF". However, Turkish President Recep Tayyip Erdoğan had to take a step back after the reactions to the decision of his son-in-law, the Treasury and Finance Minister Berat Albayrak.

Having been founded by James O. McKinsey and Marvin Bower in 1926, McKinsey & Company is an international management corporation based in New York with 27,000 employees. The company serves several multinational monopolies and large investment groups, but it is not the only thing they do – McKinsey’s domain also involves "public administration".