Turkish President criticized the destruction of agriculture, while his AKP’s neoliberal policies paved the way for the plunder of agricultural lands by the capitalist corporations 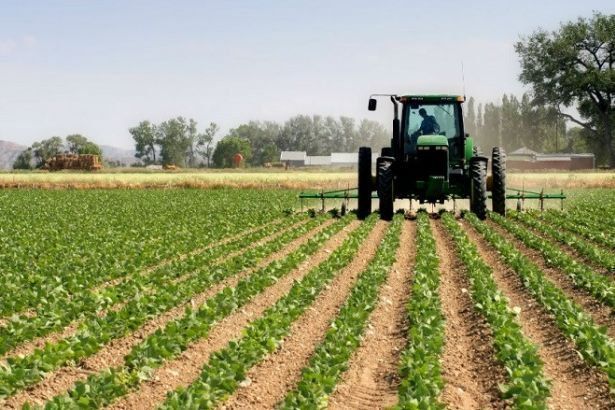 Turkish President Recep Tayyip Erdoğan stated on March 6 that "If we turn our agricultural lands into a concrete jungle, it means we betray our nation," underlining that "We see speculators in the agricultural sector as a national security problem like terrorists nested on our borders."

The Turkish President’s statements regarding the destruction of agricultural lands in Turkey and "treason" have brought to mind the agricultural policies of the ruling Justice and Development Party (AKP) since 2002 once again.

According to a report prepared by the Chamber of Agricultural Engineers, the cultivated areas in Turkey has decreased by 12.7% since 2002. Furthermore, 3.4 million hectares of agricultural land, which is approximately equal to the acreage of Belgium, has been abandoned.

WHO DESTROYED AGRICULTURE IN TURKEY?

SoL news interviewed Özden Güngör, the President of the Chamber of Agricultural Engineers, about the statements of Turkish President Recep Tayyip Erdoğan regarding the destruction of agricultural lands.

Güngör said, "3.4 million hectares of agricultural lands in Turkey has been destroyed, while pasture areas have fallen to 10 million hectares. Who has done all of these? This destruction is a result of the agricultural policies followed by the existing political power."

Pointing out that Turkey, which has lost a large amount of agricultural lands due to these policies, has become an import-dependent country in all fields, Güngör noted, "The farmers today are in heavy debt to the banks. The authorities started executive proceeding for 3.2 million Turkish lira [~$591.000] of this debt. There are almost no production and plantation activities."

"Moreover, there is a serious decline in many products but the government is still seeking to import products. There are no products that we have not imported, except a few", he said.

"We even import rice and corn. We have become a country that constantly imports corn, wheat, legume, and livestock. And these imports negatively have an economic impact on the budgets of the people," Güngör also added.

AKP’S AGRICULTURAL POLICIES BASED ON NEOLIBERALISM

Since the AKP came to power in 2002, it has implemented anti-labor and import-oriented policies as a result of their promotion of neoliberal policies. Instead of protecting and developing agricultural policies and small farmers, the Turkish government has always supported big capitalist farmers and agricultural companies.

The ruling AKP had issued a seed law in early 2018, and this law enacted that farmers using non-certified seeds would not get governmental subsidies. By putting a ban on the use of heirloom seeds dried by the villagers, the AKP government compelled the use of imported hybrid seeds. The use of imported hybrid seeds not only means paying eight times more money for the same amount of vegetable seeds but also results in great harms to the soil quality of cultivation areas.

In addition to this, the AKP government decreased import tariffs for agricultural and carcass meat products in 2017, therefore it promoted imports rather than national production on the grounds of offering lower prices to the consumers. This policy has caused in the push-out of farmers and animal breeders from the production process. Thus, although Turkey is a homeland of many agricultural products such as wheat, it became an importer in recent years under the rule of neoliberal AKP government.