Erdoğan's day-trip to Russia: What has changed? 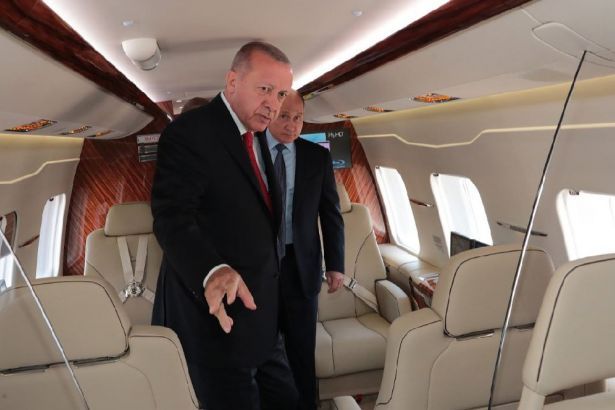 Mustafa Türkeş, a scholar of international relations and a contributor to the Science and Enlightenment Academia, evaluated Erdoğan's visit to Moscow and the talks between Russian President Putin and Erdoğan.

Defense industry cooperation was mostly reflected as the exhibition of the arms produced by Russia, giving the message to the US monopolies that "we do not need you."

It seems that the two countries are at the beginning of the process of how to trade war and commercial aircraft, according to the expert.

On the topic of Idlib, Putin said: "We are concerned about the situation in Idlib”, “Syria's territorial integrity must be respected”, and "We are aware of Turkey's security concerns." Erdoğan, on the other hand, said "the attacks carried out by the regime in Idlib since May have hampered the implementation of the Sochi agreement" and “the Sochi agreement can only be implemented with the suspension of the regime's attacks."

However, Türkeş notes, these sentences have nothing new and repeat the former positions of the governments.

"During these talks, it was reported that YPG has withdrawn from the border of Turkey. The US wanted to give a possible cooperation message with Turkey after this. It also announced that it would take a moderate position in terms of the F35 fighter jets, would keep this issue on the agenda for a year, expected the activation of the S400s to be delayed after April 2020.

Is this all diplomatic success? Those who say yes cannot even convince themselves!" Mustafa Türkeş writes.

"This means that Turkey will continue to depend on both sides by making concessions: in Idlib to Russia, in the north of Syria, supposedly in the safe zone, to the US."

"It is possible to say that this day-trip was to save the tripartite summit to be held in Turkey in mid-September, for which Russia, Turkey, and Iran will meet in the framework of the Astana process," he adds.