Erdoğan: "We will enter east of Euphrates"

Turkish President Recep Tayyip Erdoğan said on Sunday that Turkey will carry out an operation in the east of the Euphrates, Kurdish-controlled area in Syria 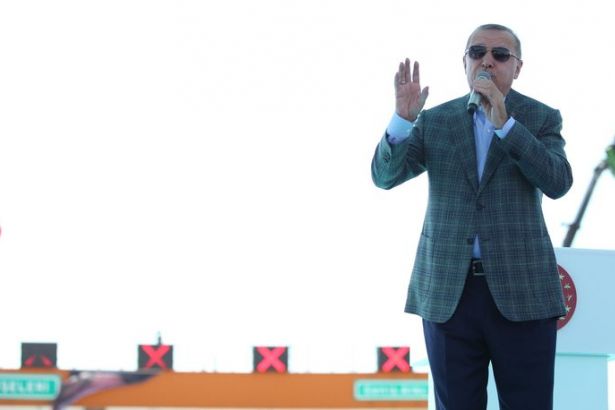 Turkish President Erdoğan said, in a speech during a motorway and city hospital opening ceremony in Turkey's Bursa, that Turkey will enter the east of the Euphrates.

Referring to the main opposition CHP, he said "they were criticizing us when we were entering Afrin. We did not listen to them. Now we will enter the east of the Euphrates."

Erdoğan also claimed that the government informed Russia and the US about the plans. "It is impossible for us to remain silent on the harassment shots. We can be patient to a certain extent," he said.

Asked about Erdoğan’s comments, a U.S. official told Reuters that “Bilateral discussions with Turkey continue on the possibility of a safe zone with U.S. and Turkish forces that addresses Turkey’s legitimate security concerns in northern Syria,” it is reported.

State-run Anadolu Agency in Turkey reported on Sunday that three Turkish-backed Syrian rebel fighters were killed during clashes with the YPG.

Turkey's ruling AKP government signaled several times a military operation in the east of the river but was waiting for the US to create a safe zone inside Syria’s northeastern border, willing to clear the border of the Kurdish YPG. Ankara is accusing Washington of stalling progress on setting up the safe zone.

What is Erdoğan’s objective in Afrin operation?