Turkey's President Erdoğan told his party executives to stand in İstanbul's new mayor's way in a closed-door meeting, according to the sources 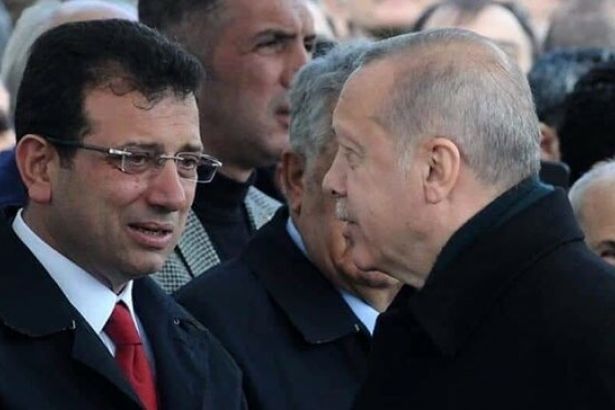 Erdoğan's ruling party AKP held a closed-door meeting last week at the AKP office in Sütlüce district. While the party representatives did not make any press statements after the meeting, the insider sources claimed that President Recep Tayyip Erdoğan harshly criticized the head of the AKP Istanbul office, Bayram Şenocak.

Erdoğan stated that the AKP Istanbul office was unsuccessful at every level from the city itself to the districts and the office would pay for such a failure, according to the sources.

As reported by Hazak Ocak from Cumhuriyet, the former member of Istanbul metropolitan municipality assembly, Hüseyin Sağ, claimed that Erdoğan had instructed the AKP members of the municipal assembly regarding their interaction with the CHP mayors. Erdoğan stated that "AKP holds the majority in the municipality assembly commissions as well as the first and the second deputies. You would follow [the mayor] Ekrem İmamoğlu’s directions and promises. İmamoğlu promises to have a 40% discount for water. We would see how that would work".

The municipal assemblies have important competencies ranging from the authorization of purchase and sale of lands to destruction and penalties. It was further claimed that the AKP Istanbul office would decide on the AKP members of municipal assemblies.

Istanbul metropolitan municipal assembly convened last week under the presidency of the newly- elected mayor, Ekrem İmamoğlu. It consists of 312 members, 4 members from the ultra-nationalist and AKP ally MHP, 176 from the ruling AKP, 127 from the main opposition CHP, and 4 from the ultra-nationalist and CHP ally İyi Party. In Istanbul, 24 districts are governed by AKP, 14 by CHP, and 1 by MHP, according to the official results of the March 31 elections.