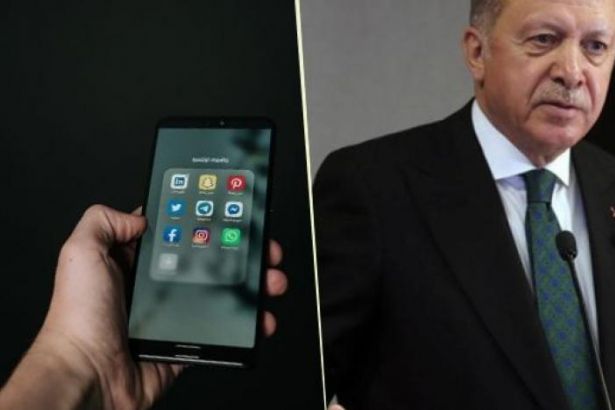 Turkey’s President Recep Tayyip Erdoğan recently announced that his government seeks to shut or control social media platforms in the country after her daughter Esra Albayrak, married to Berat Albayrak (the Minister of Treasury and Finance), was insulted on Twitter following the birth of their child.

“Do you understand why we are against such social media platforms as YouTube, Twitter, Netflix?” Erdoğan said, adding that all these platforms are immoral.

“Such platforms do not suit this nation, this country. We want to shut down, control them completely,” Erdoğan said, by bringing a bill to the parliament as soon as possible. Erdoğan slammed some social media users over insulting his daughter and son-in-law via Twitter following the birth of their fourth child.

HUNDREDS OF THOUSANDS OF “DISLIKES” ON ERDOĞAN

Erdoğan’s statement regarding social media platforms came days after his online meeting with young students on YouTube. On June 26, Erdoğan held a livestream meeting with students a day before the Higher Education Entrance Exam (YKS).

However, the live broadcast faced harsh criticism of the students around the country as they started to pour their comments on the program with a hashtag “no vote for you”.

The video program received 413,000 dislikes while the number of likes remained around 120,000. Moreover, the comment section was disabled during the livestream because of the increasing number of critical comments.

The recent protest of students on this live YouTube broadcast has led to debates in Turkey as some claim that Erdoğan’s ruling Justice and Development Party (AKP) is unable to embrace Turkey’s “Generation Z”, and the next elections will witness a tough race as the population of the “Gen-Z”s will further rise.

Mahir Ünal, the spokesperson of the ruling AKP, had announced early in May the use of “green dots” on social media platforms. Accordingly, Ünal called on the people to use “green dots” on their social media accounts to show that “they abide by the rules of digital and ethical awareness”.

As mostly pro-AKP people used “green dots” on their accounts, however, the campaign came to a halt when Ünal announced to finish the practice on June 17. The campaign faced criticism as some journalists and politicians from the opposition were targeted on social media by “green-dotted” users.

In June, meanwhile, Twitter deleted 7,340 accounts, blaming them for being “fake and compromised” accounts set up to promote the AKP government. Twitter associated these accounts with a central network of the AKP’s youth branch.