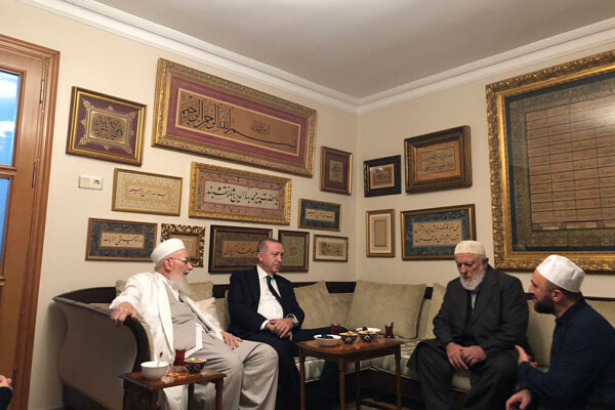 The congregation released photos but did not comment on the content of the visit. The congregation already stated that the visit had a sincere atmosphere. In the photos, Erdoğan seemed to show deference.

Erdoğan asked the congregation to give recommendations against the new political party movement headed by Ahmet Davutoğlu and Ali Babacan, it was reported.