Erdoğan: Turkey will continue destroying terrorists if they do not withdraw

Turkish President Recep Tayyip Erdoğan, in his speech at an opening ceremony in Kayseri, said "bargaining is a (religious) tradition; if they don't withdraw, the operation will continue from where it was left" 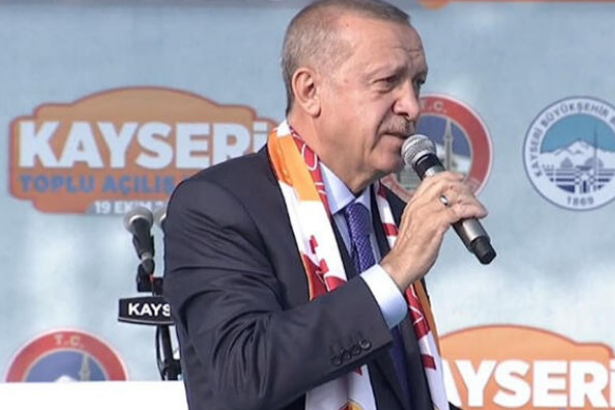 Turkish President Recep Tayyip Erdoğan has said, in an opening speech in Kayseri, that Turkey's forces will continue destroying the "terrorists", referring to the Kurdish forces in Syria.

Noting that the Turkish government has made the deal of ceasefire because "bargaining is a (religious) tradition, Erdoğan warned Turkey will continue the offensive in Syria if the Kurdish forces do not withdraw.

"Today is the second day [of the ceasefire]. This process will end on Tuesday night. If the promises given to Turkey are not fulfilled, we will not wait, as before. We will continue the operation we started and will continue to destroy terrorists," Erdoğan said.

US Vice President Mike Pence and Secretary of State Mike Pompeo visited Ankara on Thursday. The US representatives met with Erdoğan and decided on a 120 hour ceasefire, demanding the Syrian Kurdish forces to retreat.