Turkey’s President Recep Tayyip Erdoğan said his government will take a step to use the airspace in Syria’s Idlib as the reports state that two more Turkish troops were killed in the region recently. 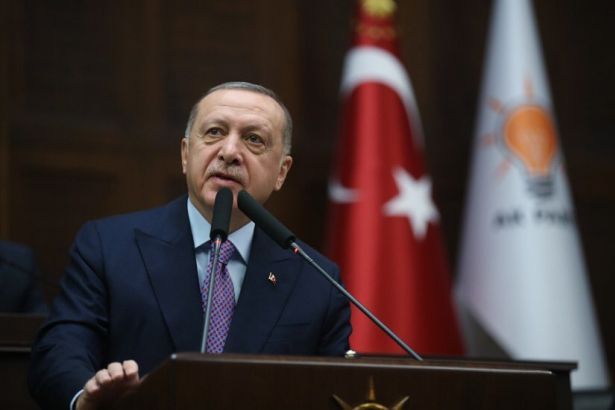 According to Reuters, Turkey-backed jihadists recaptured Idlib’s town of Seraqib, which is located at the junction of the M4 and M5 highways linking Aleppo and Damascus.

Meanwhile, Turkey’s President Recep Tayyip Erdoğan made statements on Wednesday about the recent developments in Syria. Erdoğan said that his government hopes to find a solution to use the airspace in Idlib.

“At the moment, the biggest problem is that we cannot use the airspace. Hopefully, we will find a solution soon for this situation,” Erdoğan said at his party’s parliamentary meeting, adding that they will not take the smallest step in Idlib.

Turkey’s National Defense Minister, Hulusi Akar, said today that they are talking with Russia over the use of airspace in Idlib as part of the talks on Idlib with a Russian delegation in Ankara.

Erdoğan also indicated to the end of February as his government set as a deadline for the withdrawal of the Syrian army forces in the region where the Turkish army forces had observation posts.

Erdoğan has recently declared that three Turkish troops were killed in Idlib. “We have three martyrs in Idlib. But the losses of the regime forces are greater,” Erdoğan said today at a meeting of his party.

Mike Pompeo, the US Secretary of State, shared a message via social media. “As we’ve said many times before, the regime will not be able to obtain military victory. The regime’s offensive only heightens the risk of conflict with our NATO ally Turkey,” Pompeo said.