Erdoğan on military privatisation: 'We didn't privatise, we transferred to BMC'

President Recep Tayyip Erdoğan contradicted his decree on the privatisation of a military factory in Turkey, as he claimed they did not privatise but transferred the factory to a private company for 25 years 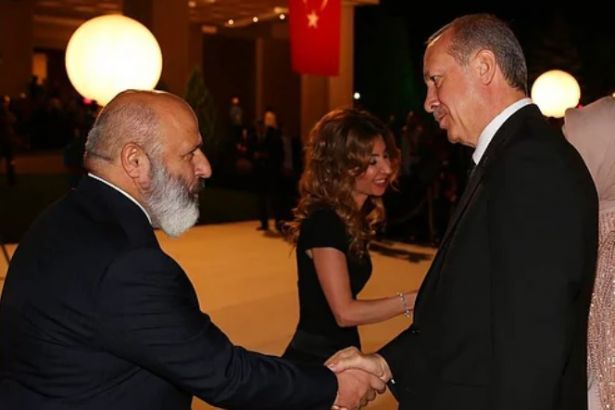 Turkey’s President Recep Tayyip Erdoğan claimed Sunday that they did not privatise the military factory in Turkey’s Sakarya province, but they handed over it to Qatari-shared BMC, a huge commercial vehicle manufacturer in Turkey, contradicting himself over his official decree on the privatisation process of military facilities in the region.

In December 2018, nearly 2 thousand workers employed at the 1st Main Maintenance Centre, known as "tank-pallet factory", a military factory located n the northwestern Turkish province of Sakarya, had protested Erdoğan’s government’s decision to privatise the facilities operating under the Ministry of National Defense. Following the decision’s publication in the Official Gazette, the workers at the factory and locals had reacted against the government’s decision of privatisation.

Erdoğan had signed a decree on December 19, 2018, regarding the privatisation of related military facilities in the city of Sakarya for 25 years, deciding on the completion of the privatisation process until the end of the year of 2019.

ERDOĞAN CONTRADICTS HIS DECREE ON PRIVATISATION

Talking in Sakarya on Jan. 13, Erdoğan said that they were handing over the operation of the military factory to BMC for 25 years. He claimed that new technology investments would be carried out by BMC under “certain conditions, terms, and limitations”, alleging that the factory field would remain in the possession of the state.

T. Yasin Öztürk, a board member of BMC, had talked to a magazine last year, saying that 25,1 percent of the company was owned by his family, 25 percent by Ethem Sancak, and 49,9 by the Qatari Armed Forces.

One of the wealthiest people of Turkey, Ethem Sancak, the CEO of BMC, had been a member of the governing Justice and Development Party’s (AKP) central executive and decision board for a period. The pro-government employer Sancak expressed his loyalty to Erdoğan saying "I fell in love when I saw his honesty, bravery. I could sacrifice my mother, my father, my wife, my children for him."

soL columnist Kadir Sev said that the transfer of operational rights is among the methods of privatisation. Giving examples from similar privatisation processes of some ports and thermic and hydroelectric plants, Sev said that some factories or plants had been privatised with such implementations, although they had not required any property transfer.

Indicating to Erdoğan’s presidential decree, which exactly reads as “decided on privatisation through the transfer of operational rights,” Sev told soL that Erdoğan’s government handed over the privatisation procedures to the Directorate of Privatisation Administration.

Many strategic factories for the Turkish economy such as state-run tobacco and alcoholic beverages company TEKEL, state-owned petroleum refinery TÜPRAŞ, and state-owned telecommunication company Türk Telekom have been sold to national and international capitalists during the AKP government, having had negative impacts on the rights of working people.