Erdoğan: 'How dare you ask us to lift the state of emergency?' 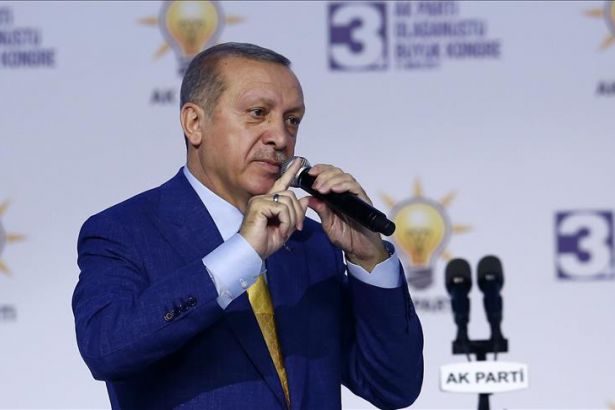 President Recep Tayyip Erdoğan said on Sunday that the Turkey's ongoing state of emergency will not be lifted until Turkey achieves "peace" and "welfare".

"A state of emergency was declared in France when 15 terrorists arose. In my country, the state was attempted to be brought down. We have 249 martyrs and 2,193 veterans," said Erdoğan at a congress of the ruling Justice and Development Party (AKP).

"How dare you ask us to lift the state of emergency?" he said. "It will not be lifted. Until when? Until our situation reaches welfare and peace," Erdoğan added.

The state of emergency allows the government to rule by decree and to hold suspects in detention for up to 30 days without bringing charges.

The emergency rule, first imposed in Turkey after the failed military coup on July 15 and then extended in October, enables the government to bypass parliament in enacting new laws and to limit or suspend rights and freedoms when deemed necessary.

The government uses the emergency powers for benefits of capitalists, to suspend all rights and to crack down on all government critics. AKP government suspends strikes of workers citing national security.

A report on occupational murders showed that at least 1180 workers have been killed in Turkey during the state of emergency in the last 7 months following the coup attempt on July 15, 2016.

Erdoğan returns to Turkey's ruling party as its chairman