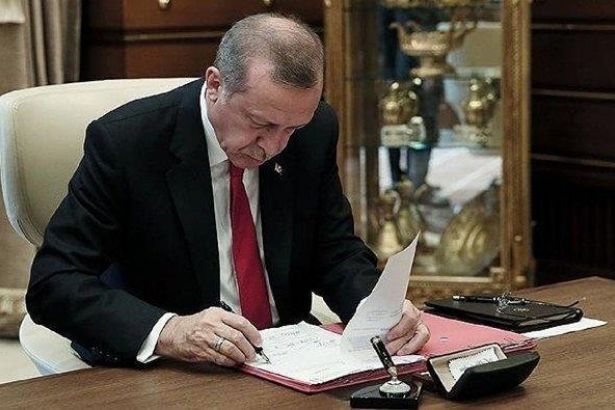 Turkey's President Recep Tayyip Erdoğan issued a decree regarding the establishment of ‘special industrial regions’ in Bursa, Istanbul, Mardin, Balıkesir, and Izmir for some specific companies.

According to the decree, these regions will benefit from certain incentives. One of the six companies benefiting from the presidential decree includes Balıkesir SEKA paper mill that was privatized and sold to Albayrak Group, which has close relations with the AKP. The other special regions included TESKOOP and Özar in Arnavutköy, Istanbul; Most Machine Industry in Aliağa, Izmir; Asil Steel in Orhangazi, Bursa; and Eti Copper in Mazıdağı, Mardin.

The Minister of Industry and Technology Mustafa Varank stated that "The current account deficit would decrease by 1.7 billion USD, 49,000 people will be employed, and 23.1 billion TL will be invested. The special industrial regions, which are aimed to promote industrial investments, encourage technology-intensive sectors, and attract foreign capital, have finally flourished. Our industrial investments are on the rise now."

Some of the incentives included in the decree are as follows:

-The Ministry of Industry and Technology could fund the infrastructure costs until the special industrial regions could function depending on the projects.
-The Ministry could expropriate and/or fund the seizure of certain lands depending on the projects.
-The Ministry would approve mapping, preliminary research, zoning plans, and infrastructure and superstructure without charge. The Ministry would grant construction permit, certificate of occupancy, and employment permit without charge.
-The companies could be granted the right of easement for the Treasury lands for 49 years with a certain cost.
-The President could legislate further incentives for special industrial regions.
-Companies receiving industrial incentives could benefit from tax deductions and employer insurance benefits for a certain time and at a certain ratio.
-The buildings in the special industrial regions would be exempt from property and stamp taxes.

Moreover, the special industrial regions were previously governed by the representatives of local government appointed by the Ministry of Interior. Nevertheless, the present decree abolished the control of the local government and enabled the private companies to access to incentives, including the expropriation and seizure of lands, with no public supervision.