Erdoğan family-linked foundations to be subsidized by gov't 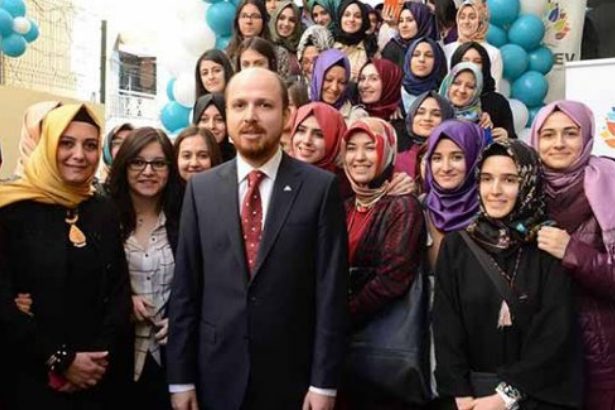 Aykut Küçükkaya, a reporter from Cumhuriyet, says that there is no control mechanism over the government’s subsidiary payments to such associations and foundations as TÜRGEV, Erdoğan’s son Bilal Erdoğan and daughter Esra Albayrak are among the foundation’s high advisory board members.

Indicating how TÜRGEV could acquire these dormitories, the reporter underlines that the municipalities under the rule of AKP have assigned lands and facilities to TÜRGEV for free for 25 years.

According to Cumhuriyet, not only TÜRGEV, but also its sister foundation TÜGVA (Turkey Youth Foundation), and pro-government reactionary/Islamist foundations such as ENSAR, ÖNDER, İlim Yayma are also financially supported by the state-sponsored directorate of higher education loans and dormitories.

Among such government-backed foundations, the Ensar Foundation is known to have child-abusing teachers. It was revealed in 2016 that a teacher had systematically raped 45 children at the foundation’s dormitories. Despite public criticism, the AKP government continued to support the foundation.

The report goes on to say that hundreds of thousands of university students have fallen into the clutches of reactionary Islamic cults because the universities of the country could not satisfy the housing needs of students.

As the report underlines that the old ally of Erdoğan’s government, the Gülenist network (FETÖ) which was among the masterminds of the military coup attempt in July 2016, got organized and grow stronger through similar “student dormitories”, the government also resorts to the state-backed dormitories to raise its own politically-oriented generations.