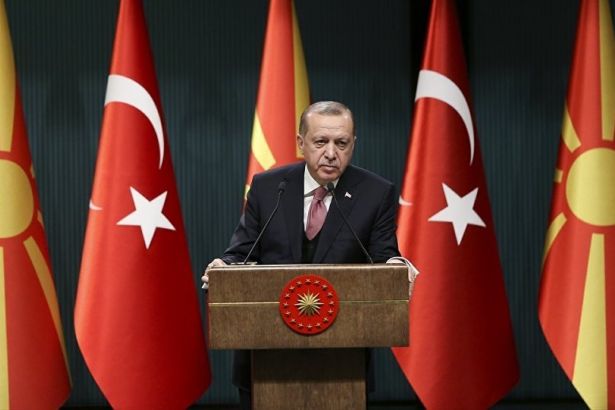 The decision by Syrian militia to enter the city of Afrin, currently under siege by the Turkish army, is totally unacceptable and will meet a proper response, Turkish President Recep Tayyip Erdoğan said Tuesday.

He said Turkish artillery fire had forced it to turn back, although the Kurdish militant group denied this.

"About 10 pickup trucks were spotted tonight while moving toward Afrin. But then they had to retreat under artillery shelling [by the Turkish Armed Forces]," Erdoğan told reporters in Ankara.

"Unfortunately, some terrorist groups sometimes make the wrong decisions themselves, this is unacceptable, and they will fully answer for it," Erdoğan said.

Erdoğan suggested that the Syrian fighters who entered the enclave of Afrin in a convoy of a dozen vehicles were acting alone.

The Turkish army, backed by Free Syrian Army (FSA) terrorist group, has been conducting a ground and air offensive against Syrian northern district of Afrin since January 20.

The Syrian Foreign Ministry had said in a letter to the United Nations that Turkish military operation in northern Syria was an aggression and urged the organization not to allow the use of the UN charter to justify the atrocities. The ministry had stressed in the letter that the presence of other states' military forces on Syrian territory without its approval was "an assault and occupation" which should be dealt with "correspondingly," according to the news agency.

Erdoğan also warned that Turkey would not allow "such (a) wrongful step" in the future, adding that those who do "would pay a high price."

The Kurdish People's Protection Units (YPG) confirmed earlier in the day reports of the arrival of the Syrian militia in Afrin to repel the Turkish army offensive in the area.

"That file has been closed for now," Erdoğan said.