Turkish President Erdoğan denounced anti-war students as "terrorist", threatening to take the communist students right for education from them. On March 19, students of Boğaziçi University protested other students holding a ceremony in support of the Turkish government's Afrin operation and taken into custody 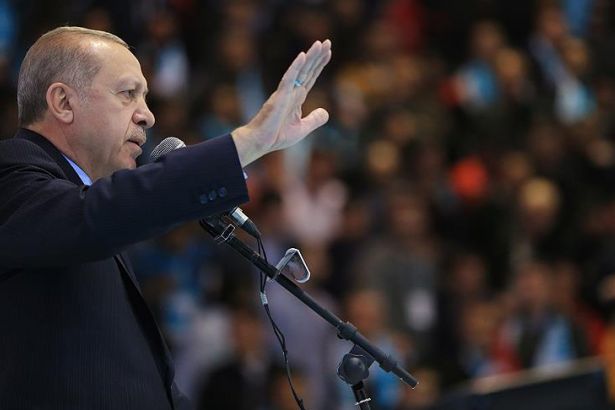 Turkish President Recep Tayyip Erdoğan called a group of anti-war students “terrorists” Saturday in response to demonstrations at one of the country’s top universities.

Speaking in the northern Black Sea province of Samsun, Erdoğan said Saturday that "communist, traitor youth" tried to mess up a student stand opened by "religious, nationalist, local youth" at the public Boğazici University. Erdoğan announced an investigation and said "we won't give these terrorist youth the right to study at these universities."

On March 19, a group of students in Boğaziçi University in İstanbul distributed Turkish delights as a support for the AKP government's Afrin operation. Meanwhile, other students protested them saying wars should not be celebrated.

Denouncing the protestor students as "communists and terrorists", Erdoğan said "Believer and nationalist students were distributing Turkish delights for Afrin. When they were distributing delights, that communist, traitor youth attempt to topple their desk. They are terrorist youth. We are conducting all kinds of investigations about them. We will not let them the right to university education after identifying each one of them". Erdoğan added "the universities cannot raise terrorist youth."

Turkish police on Sunday were holding seven students from Boğaziçi University after Erdoğan accused them of behaving like "terrorists" for staging an action opposing his military campaign in Syria. Police stormed a students' dormitory and a house at Bogazici University around dawn Sunday and detained three students. With the latest detentions, the number of students being held by the police rose to seven.

AKP government has cracked down on all kinds of dissent and has even arrested people who have protested the war in Syria on social media.

On January 20, Turkish government declared the launch of an offensive targeting the positions of the Democratic Union Party (PYD) and People's Protection Units (YPG) in Afrin region in northwest Syria. The Turkish AKP government's excuse was the threat against national interests and border security. The operation has been conducted jointly with the Free Syrian Army (FSA) terrorist group.