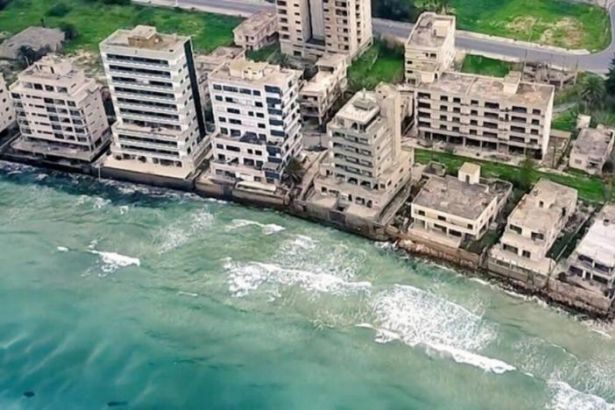 Turkish President Erdoğan and Ersin Tatar, prime minister of the breakaway state of Northern Cyprus, announced the reopening of Varosha, an abandoned town since 1974.

Varosha was one of the most important holiday destinations in Cyprus before the Turkish operation in 1974. The region has since been closed due to the agreements made.

“Even though this issue was discussed earlier in the ’80s and ’90s, it was still up in the air. Greek side brought down peace and prosperity. Our people will start to use the Maraş (Varosha) beach on Thursday morning.” Tatar, a candidate in presidential elections to be held in Northern Cyprus on Sunday, stated.

“It is indisputable that Maraş is the territory of the Turkish Republic of Northern Cyprus (TRNC). The right of disposition of this land belongs to the Turkish Cypriot officials,” said Erdoğan, regarding the decision of reopening of Varosha. “We extend full support to the decision of making Maraş available to the people. I congratulate on behalf of my people and myself. As a first step, we are pleased that Turkish Cypriot will enter the coastline area of Maraş with starting from Thursday morning.”

Mustafa Akıncı, President of the TRNC, criticized the co-statement of Erdoğan and Tatar regarding reopening Varosha. As reported in “Kıbrıs Postası,” Akıncı emphasized the importance of solution-oriented acting in compliance with international law on the Varosha question.

Akıncı expressed his concern about the Varosha problem, which falls under the area of responsibility of the presidency, was used to gain an advantage in the elections, and added, “I believe that Turkish Cypriot People will give the necessary response with their free will.”